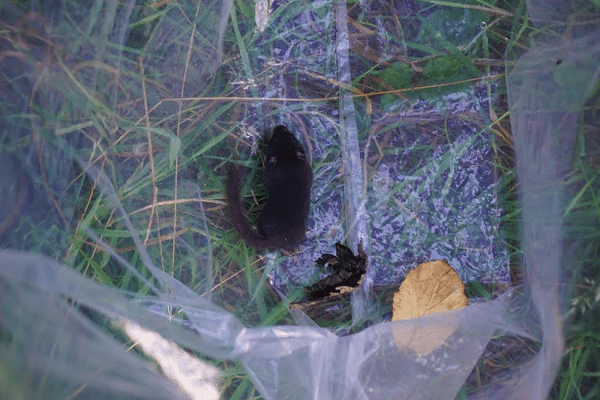 A black dormouse never before recorded in the UK has been found in the Blackdown Hills Area of Outstanding Natural Beauty on the Devon/Somerset border.

First recorded in 1972, and not seen again until last year, black dormice have only ever been recorded in small numbers in northern Germany. So this is a first for the UK.

Britain has only one native species of dormouse, the hazel dormouse. With the exception of this unusual individual, hazel dormice have golden-brown fur.

This year, the project provided 300 nest boxes and has involved more than 60 volunteers in installing and regularly checking the boxes.

Project officer, Conrad Barrowclough said: “Learning about and protecting our natural heritage is what we’re all about. So finding such rare dormouse on our doorstep is fantastic, especially at a time when Britain’s dormouse population is under threat.”

The People’s Trust for Endangered Species (PTES), which collates National Dormouse Monitoring Programme findings, confirmed the rarity of the find.

Ian White, PTES Dormouse Officer said: “The National Dormouse Monitoring Programme has been running for more than 25 years, with volunteers collecting data on thousands of dormice at nearly 400 sites. Not once has anyone come across a black dormouse.”

Sadly, Britain’s dormice are under threat of extinction, with changes in the way we manage farmland and woodland making it harder for these delightful little creatures to survive. Dormice need well-managed woodlands connected by hedgerows rich in fruiting plants so that they can spread and prosper. They thrived at a time when we had many more hedgerows, and when hazel trees in woodlands were regularly coppiced providing plenty of nuts for food.

This black dormouse was discovered on farmland which is being managed with nature conservation in mind. The farm’s hedgerows are managed by hand using traditional techniques, bringing great diversity of wildlife including a healthy population of dormice. They are exceptionally rich in wildlife, supporting a wide range of species in addition to a healthy population of dormice.