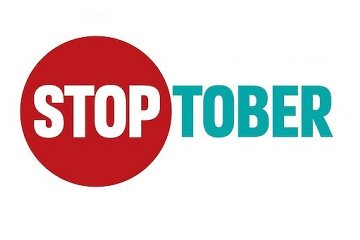 New data published in a University College of London (UCL) report shows quitting success rates at their highest for at least a decade, up to 19.8% for the first six months of this year, significantly higher than the average for the last 10 years (15.7%).

Success rates among the less well-off have for years remained stubbornly low, but in a major turnaround the sharp increase in success rates is being seen entirely among this group. For the first time, any smoker – no matter their background or job, sex, age, where they live has virtually the same chance of quitting successfully as the next person.

The report coincides with the launch of Stoptober quit smoking challenge, which has inspired over one and a half million quit attempts since 2012. The campaign is based on research that if you stop smoking for 28 days you are five times more likely to stop for good.

With Stoptober now in its 6th year, the UCL report gives a number of reasons why there’s never been a better time to quit, including:

Last year over half (53%) of all those taking part in Stoptober opted to use an e-cigarette as a quitting aid. This year the campaign will feature e-cigarettes in the TV ad and will do more to encourage and support smokers who are keen to try e-cigarettes to help them stop smoking.

Hayley Mould from Poole in Dorset decided to quit smoking during Stoptober 2016, and managed to cut her 20 -30 a day habit of the past 16 years. She has been Smokefree ever since and says it was her daughter, and a health scare after a visit to the GP, which inspired her to stop for good.

“After my GP visit, I decided to try Stoptober. It was hard at first, but the tips that Stoptober provided really helped me. I’d get alerts from the app and email service about how much money I’d saved so far because I hadn’t bought cigarettes and it told me how my health was improving day-by-day. Receiving the emails each morning helped me to start my day focused and determined to not smoke. I’d post about my achievements on Facebook and it was amazing how much support I got from the online community.

This October, Hayley is encouraging people who are thinking about quitting smoking to take part in Stoptober. Her advice is to “use all the support tools available to you and let people know you’re doing it. People are really encouraging and help you believe you can do it!”

Russ Moody, Tobacco Control lead for PHE South West said: “E-cigarettes are now the most popular way to quit in the country with half of all those taking part in Stoptober last year using an e-cigarette. The evidence is clear – vaping is at least 95% less harmful than smoking – a fraction of the risk. So if you’ve struggled with quitting before, an e-cigarette may be the best option for you.

“Don’t be put off if you’ve already made several attempts. Join up with Stoptober and benefit from free support direct to your phone, laptop or tablet via the Stoptober app, a daily email giving support or Facebook Message, free face-to-face support plus a raft of advice and information on the website. Search ‘Stoptober’ online and join the thousands of others who go smokefree once and for all this year.”

Professor Gina Radford, Deputy Chief Medical Officer, said: “Smoking is still the country’s biggest killer causing 79,000 deaths a year. And for every death, another 20 smokers are suffering from a smoking-related disease.

“With plain packaging showing graphic images of the harms that smoking causes now universal across the country, and tougher restrictions on smoking than ever before, there has never been a better time to quit.

“It’s never too late to give up – any smoker, no matter what their age, will feel the health benefits within months. Make the commitment to stop, join Stoptober, and add healthier years to your life.”

Robert West, Professor of Health Psychology and Director of Tobacco Studies at University College London, said: “Quitting success rates this year are soaring. The advances and wider choice in effective quitting options, and stronger anti-smoking culture are fuelling this acceleration.

“Thinking about giving up may be daunting, but all the evidence shows there has never been an easier to time to stop. Quitting needn’t be the painful journey it used to be and the support you’ll get from Stoptober will increase your chances of succeeding.

“And for the first time, any smoker – no matter their sex, age, where they live, their background or type of job they do – has virtually the same chance of quitting successfully as the next person.”

The campaign starts on 1st October. Search ‘Stoptober’ online for all the support you need to quit.