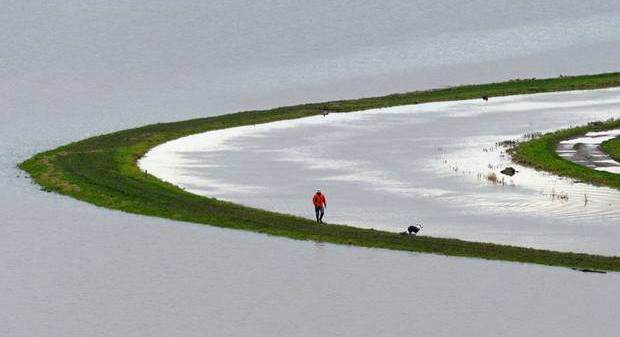 THE first step in the next stage of protecting Taunton and its surroundings from severe flooding in future has been taken with the appointment of consultants to move the strategy forward.

Taunton Deane Borough Council, working with the Environment Agency (EA), is investing around half a million pounds to work up solutions within the Taunton Strategic Flood Alleviation Improvements Scheme, that will enable future development and protect existing commercial and residential property from the devastation that results from floods.

The EA and the SRA are contributing to this stage of the project while a bid for the bulk of the funding for the £19m overall costs has been made to Government.

Cllr Roger Habgood, Executive member for planning, said: “This project is hugely important to the Taunton area. We need to ensure existing properties are protected as well as developments that are being planned.”

Cllr John Osman, Chair of Somerset Rivers Authority, said: “I am pleased that progress is being made with this scheme. It’s backed by the SRA because many thousands of people living and working in and around Taunton want extra flood protection – and this scheme is about finding clever, interlinked ways of delivering that, while not increasing flood risk anywhere else.”

The consultants, including specialists in the environment and complex civil engineering, will be working on preparing for the design and options, consultation, securing planning consent and project management.

The scheme is key to enabling the Taunton area to grow and will open the door to planned development in Taunton and elsewhere in the River Tone catchment area, including:

• Most importantly, offering more protection to existing residential and commercial properties, including major large employers A large flood water storage area at Bradford-on- Tone represents the biggest single element of the overall strategy. It would be brought into use at times of peak flooding, allowing excess water to be held back.

The consultants will also be looking at the existing Taunton town centre flood defences to determine any possible improvements or where new defences would be required. Possible flood alleviation options that could be implemented in Bathpool will also be considered.