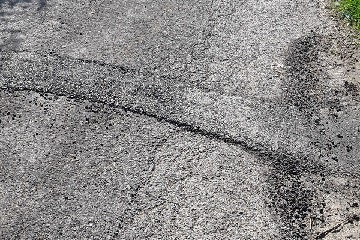 A man from West Buckland has been fined for illegal works on the highway in the first prosecution of its kind in Somerset.

Somerset County Council is responsible for managing the road network and prosecuted Philip Van Den Broek, of West Buckland, for carrying out an illegal excavation in the highway without holding the appropriate street works licence, contrary to S51 of the New Roads and Street Works Act 1991.

This is the first time the Council has prosecuted a private individual, rather than a company, and Mr Van Den Broek pleaded guilty to the offence at Taunton Magistrates Court on Wednesday 3 April.

A spokesman for Somerset County Council said: “It’s really important that we take action in circumstances like these because we are liable for any damage caused by unlicensed works and ultimately it is the taxpayer who will pick up the bill.

“We regularly take action on companies when they have committed roadworks offences and are committed to also prosecuting individuals where there is a clear public interest in doing do.”

Mr Van Den Broek left the road for nearly five months with metal plates in place over a trench before substandard repairs were carried out. This was not authorised work and potentially posed a danger to the public

Magistrates rejected the mitigation offered by Mr Van Den Broek that he did not believe a licence was required. The Magistrates added that Mr Van Den Broek had been advised on several occasions that the excavation was in a road maintained at public expense and that an offence had been committed.

Despite this, Mr Van Den Broek failed to take action to resolve the matter. He was ordered to pay a total of £1,295 in fines and costs.

The prosecution was brought in the interests of the public, as Somerset County Council is liable for unlicensed works that cause property damage or injury to the public, regardless of the road type and location. The resulting costs would have to be met by tax payers, particularly when the owner of the excavation is unknown.

Somerset County Council are currently investigating other unauthorised trenches across the County.