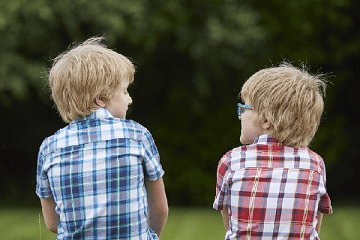 Plain clothed officers and police cadets visited a number of hotels in Bridgwater over the weekend as part of an exercise to educate staff on the signs of child sexual exploitation (CSE).

CSE is a form of child abuse in which victims are manipulated or forced into taking part in sexual activity, often in return for attention, affection, money, drugs, alcohol or accommodation.

The officers, who work on Operation Topaz, attempted to book a room for a limited time without identification and requesting to pay in cash while accompanied by one of our volunteer cadets who were all aged between 14 and 16.

Operation Topaz is a partnership approach to tackling CSE which sees agencies share intelligence with the aim of identifying offenders and supporting victims at an earlier stage. The operation was initially piloted in Bristol in January 2017 and has been running in Somerset since June last year.

Of the 13 hotels to receive an unannounced visit, ten agreed to let out a room without asking any questions.

The officers made excuses immediately after being offered a room and the hotel staff were then informed of the exercise.

Many of the hotels had previously been offered training under Operation Makesafe, an awareness campaign developed by the Metropolitan Police Service which gives guidance and training to businesses around how to spot the signs of CSE and what action they should take, however only one hotel took part.

Superintendent Liz Hughes, force lead for Offences against Children, said: “This exercise will no doubt shock many hoteliers but we hope they now recognise they have an important role to play in preventing CSE.

“CSE victims often do not recognise they are being exploited and it’s everyone’s responsibility to be alert to the possible signs and to report their concerns.

“The aim of the exercise is to help staff develop their instincts and feel confident to inform us about their suspicions. We can then take action to safeguard victims and deal with any offences.

“All the venues visited have been offered further training and we hope more businesses will seize the opportunity to educate their staff in the future as we will soon be carrying out the exercise at other locations in our force area.”

To report concerns to the police call 101 or complete a secure online reporting form at www.avonandsomerset.police.uk/report.

In an emergency, or if a child is in immediate danger, always call 999.

For information about the signs of CSE, alongside links to help and support, visit www.avonandsomerset.police.uk/cse.

Advice, support services and a downloadable leaflet for partners is also available via https://www.thisisnotanexcuse.org/child-sexual-exploitation.