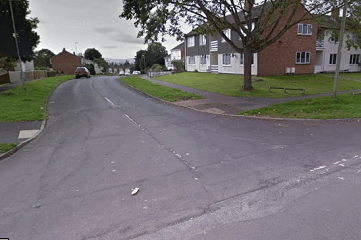 Police were called by the ambulance service to Cheddon Road, Taunton, shortly before 11am on today, Tuesday 12th June.

The ambulance crew and the air ambulance had been called to deal with a man found unconscious in the street near the junction with Dorchester Road.

Witnesses reported that the man had been ejected from a small, dark-coloured car and officers stopped a car and arrested two men on suspicion of assault just before midday.

The collapsed man, believed to be in his 40s, was treated by ambulance crews and was being taken to hospital as a precaution by land ambulance, when he left the vehicle in Tangier Way in a state of undress. Officers located him again in St James Street where he declined further medical treatment.

Anyone with any information which could help the police investigation is asked to get in touch through www.avonandsomerset.police.uk/contact, or by calling 101, quoting reference 5218128669. Alternatively ring the independent charity Crimestoppers on 0800 555 111. They never ask your name or trace your call. You could even qualify for a reward and still remain anonymous.