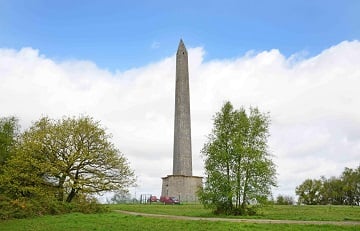 Police are appealing for information following reports of a man exposing himself to women walking their dogs at beauty spots in Somerset.

Three incidents have been reported so far this month and officers have been patrolling the area in response.

The first happened near the car park at Wellington Monument on the Blackdown Hills, between 3pm and 4pm on Wednesday 6 September, while the second was in the car park, at about 5.10pm on the same day.

The most recent incident was at about 9am on Tuesday 12 September on the bridleway leading to the car park at Cothelstone Hill in the Quantocks. This incident was mentioned to a park ranger who passed the information to officers and police would like the woman involved to come forward.

Police encourage women to report any such incidents immediately, by calling 999, and to make a note of any vehicles they see in the area.

The description of the man in each case is similar: aged 40 to 50, of medium or stocky build, with longer-length brown hair. On one occasion he was said to be wearing black jogging bottoms, while another time he wore jeans, a checked shirt and a brown leather jacket.

Officers are keen to hear from anyone else who has been affected, or who can help identify this individual. Anyone with any information is asked to get in touch through the police website, www.avonandsomerset.police.uk/ contact, or by calling 101, quoting reference 5217204510.

Alternatively ring the independent charity Crimestoppers on 0800 555 111. They never ask your name or trace your call.