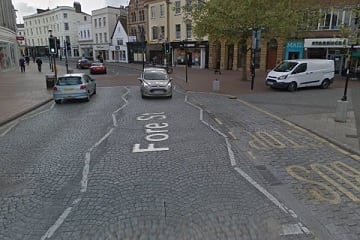 Police officers were called to reports of a robbery at about 6pm on 31 October outside the bus stop in Fore Street in Taunton.

Three suspects robbed the victim of a wallet before leaving the area.

A third teenager, aged 17 was also arrested on suspicion of robbery. He voluntarily attended a police station and enquiries are continuing.

A police spokespeerson commented; “We’re keen to hear from anyone who was in the area at the time of the incident who may have information to help our enquiries. If you are able to help, please call 101, quoting 5218243262”