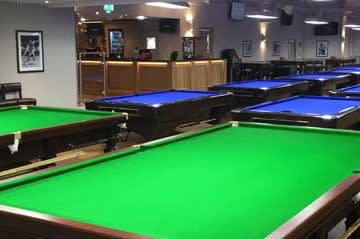 The local policing team in Taunton are working with local partners to relaunch the youth club to give young people a safe space to socialise, and reduce the on-going Anti-Social Behaviour in the town centre.

Police have received multiple reports of Anti-Social Behaviour by groups of teenagers who stay in the town centre after finishing school, hanging around late into the evenings making the area feel unsafe for others.

Local businesses have been financially impacted due to the loss of customers and would like both police and partners to work together to resolve the situation.

Officers have been working hard to tackle the issue head on, speaking with local businesses and residents to address their concerns. Speaking directly with the teens local officers were told that there are no places for them to go to and no activities being put on in the evenings.

Cuts in public funding have meant that there are now few youth clubs in the area and these closures have resulted in increased reports of Anti-Social Behaviour. Taking this information on board the local police have looked into re-launching the youth club, with the support from local partners.

PCSO Jade Tingley, from the Taunton central policing team: “We know that the closure of youth clubs has had an impact on young people’s lives. Youth clubs offer young people a place to go, and having spoken with teenagers there’s a demand for somewhere to go, and for activities to do in the evenings and weekends (outside of school).

“Having structured activity is really important for young people, especially those who perhaps don’t have it at home. By re launching the local youth club we’ll be taking young people off the streets and giving them something to do. We don’t want young people getting into a cycle of committing crime as it’s very hard to break the cycle and can dramatically impact their adult life.”

Taunton Central Youth Club is hosting their first session on Friday 15th March at All Stars Sports Bar, 22 East Street between 7and 9pm. The club is open to teenagers aged between 14 and 17 years and entry is £1 per person. Food will provided as well as pool tables and a chill zone.

Avon and Somerset Police and partners, including Taunton Deane and West Somerset Council and local volunteers hope that with enough interest the youth club can be put on regularly and would like to encourage parents to let their children know about the first session on Friday.