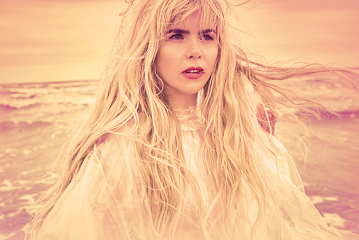 Paloma Faith is heading to Taunton on her 2018 The Architect Summer Tour.

With an acclaimed number one album The Architect riding high in the charts and a Brit nomination under her belt for Best Female Artist, Paloma Faith has announced she will perform in Vivary Park as part of her must see 20-date The Architect Summer Tour.

The singer will be entertaining crowds outdoors under the Somerset stars, when she takes to the stage on Friday 13th July at this summer’s Live in Somerset’s series of musical concerts.

The tour follows the release of Paloma’s new album, The Architect – her first in more than three years. With sales approaching 250,000 copies, it features the stunning singles: Crybaby, Guilty and her latest hit Till I’m Done.

Speaking about her upcoming summer tour, Paloma Faith, who is nominated for the Best British Female Solo Artist at the Brit Awards in 2018, said: “Touring for me is the best thing, which is the reason why I do this job. I’m excited to be performing this summer and headed outdoors to venues including Taunton’s Vivary Park.

“I’m working out my set for the shows at the moment, and whilst it’s not been finalised, what I will say is that I would expect there to be a more futuristic feel to the shows.”

Carlie Davidson of LCC Live, said: “Paloma Faith is captivating live. Her concert is going to be breathtaking and we hope you can join us, to hear one of the UK’s best female artists live under the stars in Somerset.

“It’s going to be an exceptional evening and a great series of live musical concerts.”

Paloma Faith is the final headline artist to be announced for Live in Somerset, a three-evening series of musical concerts taking place between the 13th and 15th July. The series of shows are being organised by concert promoter LCC Live.