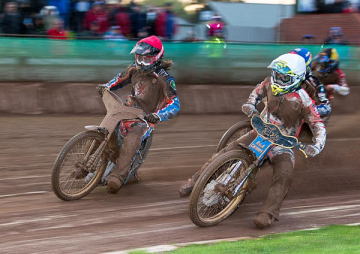 The ‘Cases’ Somerset Rebels have moved swiftly to cover the loss of Patrick Hougaard due to injury in signing Michael Palm Toft as a short-term injury replacement for the side-lined Hougaard, the move being subject to BSPA approval.

Palm Toft, who will join Somerset on a 7.45 average, currently rides for Scunthorpe in the SGB Championship, but as Rebels team manager Garry May explains, Hougaard’s shoulder injury is not as bad as first feared;

“We initially thought that Patrick had broken his shoulder, but it not quite as bad as that, and all that he requires is rest and physiotherapy rather than any surgery.”

“It still means, however, that Patrick will miss some matches for us while he recovers, and although we are entering a relatively quiet period as far as meetings are concerned, I would prefer to have a full set of 7 riders if at all possible rather than rely on the rider replacement facility.”

“Although rider replacement worked fairly well for us in last Friday’s home win over Belle Vue, it only needs you to have a rider ‘off colour’ one night and suddenly you are up against it.”

“So we have signed Michael as a short-term injury replacement until Patrick is deemed to be fit enough to return to the side, and I would like to thank Scunthorpe promoter Rob Godfrey for his help and co-operation in allowing Michael to join the Rebels, he combining his Scunthorpe duties with those at Somerset.”

Palm Toft is due to make in Somerset debut in the Rebels SGB Premiership match away at Leicester on Saturday (10th).