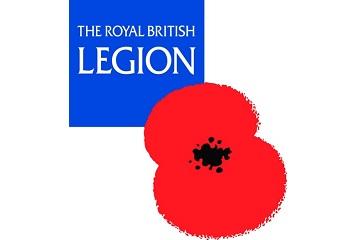 Former service personnel, civic dignitaries and members of the public will gather at Taunton’s War Memorial in Vivary Park at 11.00 am on Wednesday 14th August 2019 to participate in an act of commemoration.

The event will mark the 50th anniversary of ‘Operation Banner’ – the deployment of British troops on the streets of Northern Ireland.

The simple ceremony will mirror the national event which will take place at the National Memorial Arboretum at the same time.

The event will be led by the Revd Adrian Prior-Sankey MBE, Chaplain of the Taunton Branch of the Royal British Legion. Speaking in anticipation of the ceremony he said; “We hope that many people will join with local veterans who undertook one or more tours of duty in Northern Ireland during the 38 years of military involvement.”

“We will associate with the thousands who will gather at the simultaneous national gathering in Staffordshire and remember with gratitude the service and sacrifice of all those who participated in the longest continuous operation in British Military history.”

In total, 1,441 UK Armed Forces personnel died as result of operations in Northern Ireland or paramilitary actions in other countries. All of their names are listed on the Armed Forces Memorial at the National Memorial Arboretum in Staffordshire where the national commemoration event will take place at the same time as the Taunton ceremony.

Taunton’s war memorial records the names of three local servicemen who lost their lives whilst serving in Northern Ireland. These are Private R V Jones 1 LI (1972), Lance Corporal A Kennington 3 LI (1973) and Private J S Winter 1 LI (1988). Their names will be read out during the act of commemoration and prayers offered for all who have been affected by the ‘troubles’.