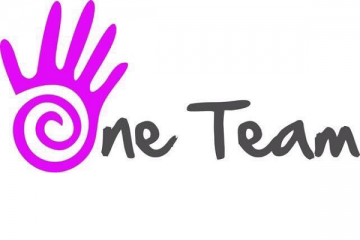 A ground-breaking Taunton initiative – now being adopted across Somerset – has been Highly Commended in a major national award.

The council entered the One Team locality working initiative, first launched in Halcon, for the award and is delighted to gain national recognition.

Taunton Deane Borough Council and Avon and Somerset Police were founding partners – starting with the Halcon One Team. And, since it was launched, more partners have joined and the One Team has witnessed and encouraged radical change in the area.

The “think differently – do differently” approach has resulted in a significant fall in crime, domestic violence, housing evictions and a vastly improved engagement of families with the children’s centre services.

It is widely recognised as a genuinely effective new approach to addressing issues in areas where there is traditionally high demand for public services and as a result, other One Teams have now been established in seven areas of Somerset including North Taunton, Wellington and Chard.

The One Team brings local authorities and other agencies together – partners now include Avon and Somerset Police, Somerset County Council, Devon and Somerset Fire and Rescue Service, health and education services, Knightstone Housing, schools, churches and partners from the private sector.

Taunton Deane Borough Council not only helps co-fund the initiative, but has also restructured its housing service to embed One Team working in its day-to- day business to make sure it can best help tenants and align with other partners.

The Borough Council owns a large proportion of homes in the Halcon area – and is investing in providing new homes. It is working with Knightstone to regenerate the Creechbarrow Road area with old and inefficient housing replaced with modern, energy-efficient homes.

The council, which has also invested in helping tenants find work, training and volunteering opportunities and a mental health improvement initiative with Mind, says tenants play a major part in the One Team’s successes.

They volunteer for regular litter picks to keep the area clean and tidy, take part in a wide range of community events and encourage their friends and neighbours to get involved.

Cllr Jane Warmington, Executive Councillor for Community Leadership at Taunton Deane Borough Council, said: “We’ve known for a long time that the One Team model of working makes real sense for our local communities and the public sector supporting them. Working in One Team areas as one public sector ensures a more joined up and better service for our tenants and residents.  It’s wonderful that it has been recognised in these annual local government awards.”