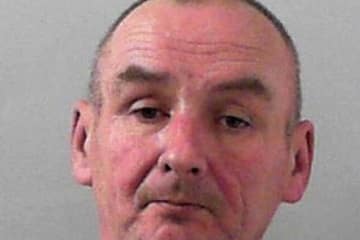 Martin Corns has been jailed for life today after a jury at Exeter Crown Court found the 52-year-old guilty of murdering Heather Jordan.

Heather, 34, was a quiet and hard working person that cleaned in a number of businesses in Taunton. It was while she walked to work at about 5am on Sunday 18 February that she was strangled to death by Corns in Lyngford Park.

The pair had become committed friends during their time working together but this was not enough for Corns who wanted a romantic relationship. He became obsessive and controlling, messaging her sometimes up to a hundred times a day. Corns also admitted watching Heather’s home and asking her to come out to the street to prove she was there.

The investigation was able to show via CCTV that Corns was in the area of park the morning that Heather was killed, and that he had disposed of incriminating items by a railway line. Corns, who lied to the police several times, in the end told the jury that he was out stealing fuel and got petrol on his hooded top.

He claimed he did not know his mobile phone was in the pocket when he threw away his hooded top. Corns was also unable to account for why a glove bearing his DNA was found close to items from Heather’s purse in another corner of the park.

In addition to hearing from a number of friends and family during the trial the jury was asked to consider mobile phone messages and letters which set out the rules that Corns had for their friendship, which included the amount of time they had to spend together and how quickly she had to respond to his messages.

There was expert evidence from the pathologist that examined Heather and from the scientist that recovered Corns’ DNA on Heather’s hand and face.

Detective Inspector Mike Buck led the investigation on behalf of the force’s Major Crime Investigation Team. DI Buck said “I would like to pay tribute to Heather’s family and friends for supporting the investigation, for their courage and the dignity they showed at court.

“A major part of the trial was CCTV provided by local businesses and private householders for which I am very grateful. Finally I thank the investigation team and the other professionals that have worked many long hours to get justice for Heather.”

Corns will serve a life sentence with a minimum of 17 years.