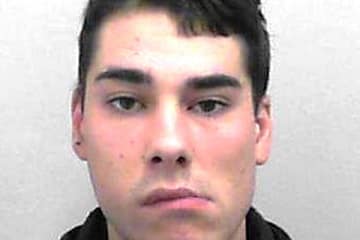 A 20-year-old man who spied on women as they used the toilet at a train station has been sentenced to serve four months in a Youth Offenders Institute following a British Transport Police (BTP) investigation.

The court heard how on Thursday 19th October last year, George was spotted peering over the top of the cubicle. A witness to George’s behaviour alerted the victim and they both left the toilets, upset by what had happened.

Two days later George’s second victim was using the toilet when she looked up and saw him leaning over the top of the cubicle. She ran from the toilets and alerted a member of staff.

Less than two weeks later George returned to the same toilets and locked himself in a cubicle. A woman waiting for a toilet to become free caught a glimpse of someone’s head leaning over the top of the cubicles and at first assumed they were passing toilet paper.
When the other two cubicles emptied and no acknowledgment was given to the person in the locked cubicle she shouted to him.

When he didn’t reply she alerted a member of staff who returned with a BTP officer.

The officer instantly recognised George from descriptions given from the previous victims and from CCTV footage, he was arrested on suspicion of voyeurism.

In police interview George admitted entering the ladies toilets, waiting for women to use the cubicle and then standing on the toilet and looking over into the other cubicle.

Investigating officer, Sergeant Amy Perry, said: “This was an extremely upsetting and unnerving experience for George’s victims who were left terrified by his behaviour in a what they considered to be a private and safe place. In fact one of the victims was left so traumatised she has said she can never to return to the station.

“His actions are indefensible and completely unacceptable. This type of behaviour will not be tolerated.

“Our Report It to Stop It campaign, which aims to combat unwanted sexual behaviour on the railway, encourages members of the public to report it, in a bid to build a picture of the offender, which in this case is exactly what happened and aided our investigation.”