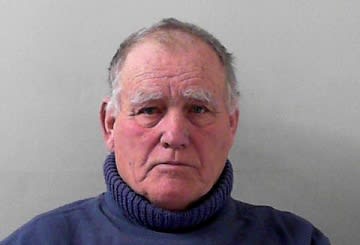 A 77-year-old man has been jailed for 18 years after being found guilty of a number of non-recent child sex offences.

Sidney John Jenkins, of Woolavington, abused vulnerable victims on his boats and the club house of the sailing club he belonged to in the Bridgwater area.

He also committed offences at a caravan he kept in Cannington and at one of his victim’s homes.

Following a trial at Taunton Crown Court he was convicted of 12 rapes, three sexual assaults and two counts of causing a child to engage in sexual activity. He was sentenced on Friday, 25th January at Bristol Crown Court.

He committed the offences in between 2004 and 2009 against two teenage girls.

The court heard he would often convince one of his victims to stand watch while he would abuse the other and would pay them with cash, tobacco, drugs and alcohol.

Investigating officer PC Becky Norton said: “Jenkins systematically groomed his victims over a number of years, bribing them to allow him to abuse them with incentives.

“Both victims have suffered significant physical and emotional trauma as a result of his offending and it will no doubt continue to have a lasting effect on their lives.

“I’d like to commend both of them for the determination and dignity they’ve shown throughout the police investigation and court proceedings and I hope this outcome will encourage other victims of rape and sexual assault to have confidence in reporting offences to us, no matter how long ago the crimes occurred.”

“I’d also like to thank the witnesses who gave evidence in court for their support – their assistance undoubtedly helped us achieve justice for both his victims.”

Victims of rape or sexual assault, recent or non-recent, can also self-refer to The Bridge, a Sexual Assault Referral Centre available 24/7 365 days a year. Visit their website at thebridgecanhelp.org.uk or call 0117 342 6999

You can also visit thisisnotanexcuse.org for details of charities and organisations who are experts in supporting victims.

Below are the Victim Personal Statements written by Jenkins’ victims.

“For years I felt like I couldn’t trust anyone and my only escape was drink and drugs … I [have] continued to drink but not as much and I vowed to never go back to Bridgwater ever again.

“But the fear of him finding me led me to only mostly go out at night, unless I had been drinking already.

“I felt guilty that he could find more victims and I could potentially prevent this from happening however I was just too scared and I wanted to hide away.  The fear of people judging me, it’s terrifying.

“I still have some issues with the public … I do not live a normal life.

“I know that in my heart and soul my emotional and physical life was destroyed from the first time John raped me.

“I cannot understand how he could do this nor understand why he thought this was acceptable, but I’m grateful for the support I’m now receiving and to watch the law rightfully punish a man that does not deserve to be free and walking about ‘ESPECIALLY’ around minors.”

“As the abuse was happening I became addicted to cannabis as Jenkins would buy it for me.  Due to the cannabis, I was paranoid and I was not eating so I lost a lot of weight.

“I became very insular to others and would only go out for shopping if I absolutely had to as even shopping was difficult.  Sometimes I would get my neighbour to go shopping for me as I could not face going out myself.

“I became very depressed, resulting in me trying to hang myself.

“I also started losing large chucks of my hair and felt really stressed all the time. This caused me to have night terrors and I was crying at night which still affects me to this day.”