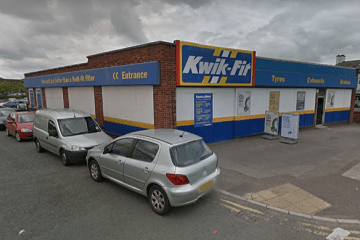 A group of friends were walking past the Kwik Fit store during the early hours and saw two men laughing and joking but one of them disappeared. They knew something was not quite right so went back and found the man was requiring help so performed CPR and called 999.

Natasha Edworthy Carter, a parent of the group of friends commented, ” I’m so proud of my daughter, Naomi Edworthy and her friends Kalvin Leakey and Ryan Leakey for trying so hard to save a young life but unfortunately they were unable to save him”

An Avon & Somerset Police spokesperson commented, “Police were called by the ambulance service to a report of a man found unresponsive on Priory Bridge Road, Taunton, just before 12.40am on Tuesday 3 April. The man sadly died at the scene. The death is not being treated as suspicious and is being referred to the coroner.”