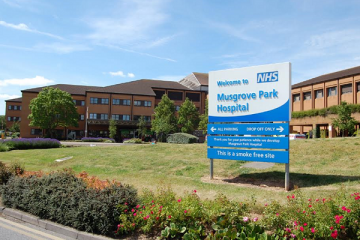 A major new study supported by research across the South West has found that tranexamic acid (TXA), a drug currently used to treat excessive blood loss from major trauma and childbirth, could transform the treatment of stroke patients.

The study showed no statistical significant change in death and disability at three months. A total of 2,325 patients from across the world took part in the five-year international TICH-2 trial between 2013 and 2018. The study was funded by National Institute for Health Research (NIHR) Health Technology Assessment Programme.

Dr Martin James, Consultant Stroke Physician at Royal Devon and Exeter NHS Foundation Trust, who also leads on stroke research for the Clinical Research Network South West Peninsula, said: “A brain haemorrhage is the underlying cause of stroke for about 1 in 8 strokes in the UK, and they often carry a very serious risk of death and long-term disability. There is an urgent need for more research to find treatments that can improve on that serious prognosis, and the TICH-2 trial represents an important part of the worldwide research effort, supported by NHS research networks.

“It has been really important for acute stroke centres in the South West to make a significant contribution to the TICH-2 study, and our South West research network will continue our focus on improving the care and rehabilitation for all people with stroke.”

Participants were randomly sorted into two patient groups – one group received tranexamic acid within eight hours of their stroke and another group was given a saline placebo.

Nikola Sprigg, NIHR stroke specialty lead for East Midlands and Professor of Stroke Medicine at the Stroke Trials Unit in the University of Nottingham, led the study. She said: “TICH-2 is a significant step in improving treatment for haemorrhagic stroke patients. The study shows that tranexamic acid, a cheap, widely available drug, has the potential to transform treatment and outcomes for stroke patients.

“The study cements the position of the NIHR and the UK as key players in the world of stroke research. A study of this scale would just not have been possible without support of the NIHR and access to the facilities and staff that were key to delivering the study. Alongside the large stroke centres, the contribution made by the network of smaller sites across the UK has been crucial to the success of TICH-2.”

Around 150,000 people in the UK suffer a stroke every year. The majority of these are ischaemic strokes caused by a blocked blood vessel on the brain which can be treated very successfully in many cases with the use of clot-busting drugs (thrombolysis) administered within 4.5 hours of the stroke. However, 15 per cent of all strokes are caused by intracerebral haemorrhage, when a blood vessel in the brain bursts, leading to permanent damage. Intracerebral haemorrhage affects 22,000 people every year.

Whilst all people with acute stroke benefit from treatment on a stroke unit and blood pressure lowering, there is currently no specific treatment for intracerebral haemorrhage. Many people affected will die within a few days and those who do survive are often left with disabilities including difficulty walking and speech problems.

The research is published in the medical journal The Lancet and is presented at the 4th European Stroke Conference in Gotherburg, Sweden on 16th May.