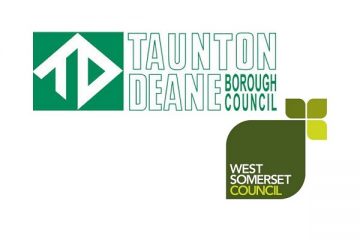 DO you know someone who works hard for the community and deserves recognition in Taunton Deane’s own honours’ list? If so, you can nominate them for a Citizenship Award.

The Mayor of Taunton Deane, Councillor Hazel Prior-Sankey, is hoping some of the borough’s unsung heroes will win the thanks they so richly deserve – through nominations from the community.

In the past nominations have been received for people who have been “good neighbours” in all sorts of ways to various organisations and groups that contribute hugely to the quality of local life.

The Mayor said: “I have seen at first hand through visits made across the Borough, that there is a great deal of unsung and unpaid work going on in our communities.

There are some remarkable people in Taunton Deane who regularly give up their time to help others.

“We want to make sure these people receive our sincere thanks on behalf of those who live and work in Taunton Deane so that they know how deeply their efforts are appreciated.”

It’s easy to make a nomination for a Citizenship Award which is designed to publicly acknowledge outstanding voluntary service in Taunton Deane.

Nominees have to live in the Borough of Taunton Deane, cannot have been recognised in the past for their services and must not earn their nomination from service given through their trade or profession. Nominations will be accepted for individuals and voluntary groups that make a real difference to the people living in our community.

The Council expects to make three Citizenship Awards again this year – but it is important that nominees should not be informed of their nomination at this stage.

The closing date for nominations this year is Friday 23 February and any nominations received after this date will not be considered. The awards ceremony is due to take place in late April.

If you would like a nomination form, please write to Jo Comer, Civic Officer, Mayor’s Parlour, The Deane House, Belvedere Road, Taunton TA1 1HE or email mayor@tauntondeane.gov.uk with your name and address details. Forms will also be available for download on the Taunton Deane website: www.tauntondeane.gov.uk