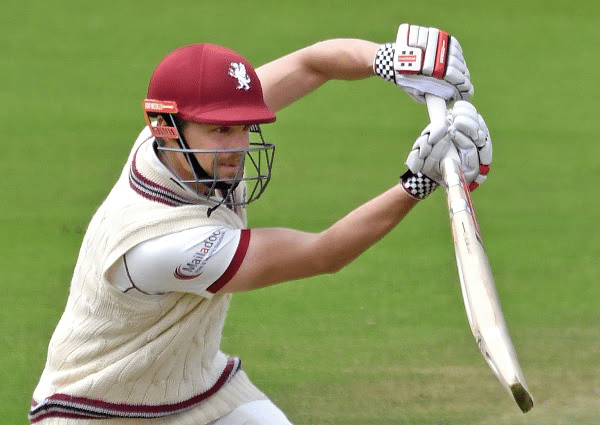 Only 20 overs were possible and the match was abandoned before Somerset had the opportunity to bat.  All in all the game was fairly unremarkable apart from the fact that Somerset named a young batsman by the name of James Hildreth in their line up for the first time.

The 18 year old had made his mark at Millfield, impressed at County age-group level and scored runs throughout his England age-group career, but how many of those sat in the stands on that wet day in Manchester would have imagined that Hildy would go on to become one of the most consistent run scorers in the history of the Club?

Since that day back in 2003 he has featured in nearly 550 matches for Somerset, scoring over 21,000 runs across all formats.  He was also a major part of the 2005 Twenty 20 Cup winning side, scoring the winning runs in the final.

After being awarded his Benefit Year James said, “I am delighted and honoured to have been awarded a benefit.  This Club has been such a big part of my life for so long and I feel privileged to have been involved with Somerset for so many years.  I was still a teenager when I made my debut and so many things have happened in the last thirteen years.  Since I played that first game back in 2003 the time has just flown by.  The game has changed a lot in that time and I can’t believe that I’m one of the old boys now!

“I would like to take this opportunity to thank everyone connected with the Club who has helped me over the years to get to where I am today.  Their support has been absolutely vital in helping me to achieve my goal of becoming a professional cricketer.  I would also like to thank the Somerset Members and fans who are the best in the business.  They turn out in their thousands every week and support the Club through thick and thin.  They are without a doubt the most passionate supporters on the circuit.”

Somerset Chairman Andy Nash said: “James is a model and gifted professional and scoring almost 14,500 First Class runs at over 44 puts him in exalted company.  He is a distinguished servant to Somerset County Cricket Club and has put his commitment to the Club above personal gain.  I know I speak on behalf of colleagues and Members in admiring his loyalty to our Club and consequently he is held in the highest regard by all who are part of the Somerset family.  We look forward to seeing him excel and flourish for many more years to come”.