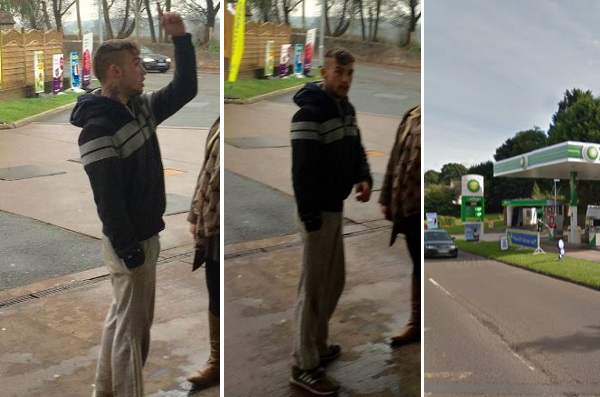 Images have been released of a man we want to identify in connection with a series of incidents including a racially aggravated assault.

On 30 November, two men filled a car with petrol at Courtfields Service Station in Mantle Street, Wellington, before driving off without paying.

An employee followed the men in his own car along the A38, resulting in a collision on the Wellington bypass near Popes Lane.

Following the collision, the two men assaulted the victim. This assault is being treated as racially aggravated.

On 2 December, a man attended the same petrol station and started making threats towards staff. We’re treating this incident as linked.

A 23-year-old man has been arrested in connection with this investigation. He’s been released on bail until 25 January.

If you recognise the man in the images, please call PC Joanne Jeffery on 101 and give the call handler the reference number 5216267586.