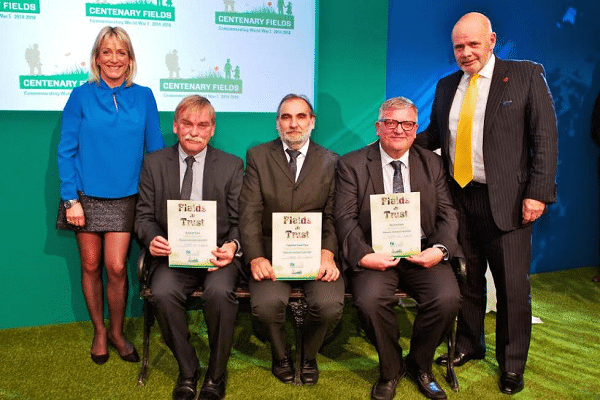 ONE of Taunton’s best loved open spaces has been showcased to the nation as Fields in Trust held its annual awards ceremony.

Hamilton Gault Park – named after a former Taunton MP – took centre stage at Lords cricket ground in London as the national charity celebrated its work across the country.

The Taunton Deane Borough Council park is protected under the Centenary Fields in Trust programme, launched in 2014 at the start of commemorations to mark the 100 years since the outbreak of World War One. Centenary Fields is working across the UK in partnership with The Royal British Legion to secure recreational spaces in perpetuity to honour the memory of the millions of people who lost their lives in the conflict.

The Taunton park was one of just eight nationally to be showcased, while Taunton Deane Borough Council was one of six local authorities across Britain recognised as one of Fields in Trust’s Partners of the Year.

Cllr Catherine Herbert, the Borough Council’s Executive member for sports, parks and leisure, said: “This is tremendous, national recognition for Taunton Deane and our commitment to having green space that everyone can enjoy.

“Our staff work extremely hard, supported by so many Friends groups and others, to make our parks the very best that they can be.”

The awards ceremony was hosted by broadcaster Jill Douglas and was held to recognise “those organisations who have gone the extra mile over the last year to advocate the work of Fields in Trust and to further its mission of ensuring everyone, young or old, able-bodied or disabled and wherever they live – should have access to free, local outdoor space for sport, play and recreation.” 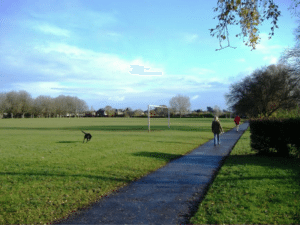 Speaking after the ceremony Fields in Trust Chief Executive, Helen Griffiths, said: “The Fields in Trust Awards help recognise the role that parks and other green spaces play in our communities, bringing people together and creating a safe outdoor environment that everyone should have access to no matter where they live.”

“We believe that as a nation it is time to revalue these green spaces and consider the positive impact they have on our physical, mental and social health and well-being and the savings to the public purse they represent in terms of preventative medicine.

“Congratulations to all the sites and champions on their Awards tonight and thank you to all those outstanding individuals across the UK who go the extra mile for their local green spaces.”

Hamilton Gault Park is well known for its spectacular avenue of horse chestnut trees. It also has three football pitches, a changing pavilion, two children’s play areas and a skate park, which caters for both beginners and experienced skaters, and also for those who enjoy street skating & bowl skating. The facility also caters for BMX riders and inline skaters. 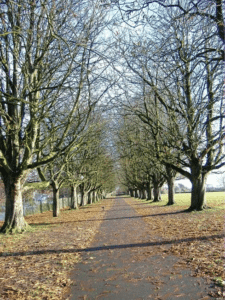 The park, which covers almost five hectares, was named after Colonel Andrew Hamilton Gault who was MP for Taunton from 1924-1935. He was a Canadian military officer who, at his own expense, raised Princess Patricia’s Light Infantry – the last privately raised regiment in the British Empire.