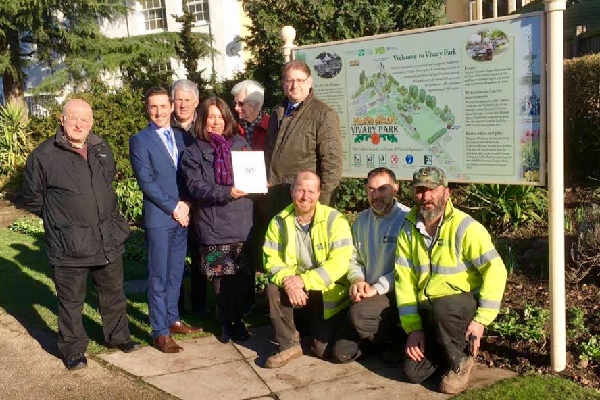 Taunton’s Vivary Park has earned a 2016 Certificate of Excellence from TripAdvisor.

The “Jewel in the Crown” of the county town maintained an overall rating of at least four out of five in order to qualify for the prestigious ranking. The certificate will be proudly on display in the town centre rotunda.

The park also automatically received a Certificate of Excellence badge on its page at TripAdvisor.co.uk, and is currently number two in its list of the best places to visit in Taunton Deane.

To qualify for a Certificate of Excellence, a hospitality business must have been listed on TripAdvisor for at least 12 months, maintain an overall TripAdvisor rating of at least four out of five, and have a minimum number of reviews.

Cllr Catherine Herbert, Executive Councillor for Sports, Parks and Leisure, said: “Vivary Park is one of the true gems in Taunton town centre. It is a fabulous green space that attracts many regular visitors and also provides a back drop for some of the most exciting annual events on our calendar.

“Our Open Spaces team keeps the park in tip-top condition all year round and are greatly assisted by a wonderful team of volunteers – the Friends of Vivary Park. This Certificate is a well-deserved recognition of all their good work coming from those that matter most – the customers!”

Photo shows Cllr Herbert (centre) with the certificate, together with representatives from the council’s Open Spaces and marketing teams and Friends of Vivary Park. 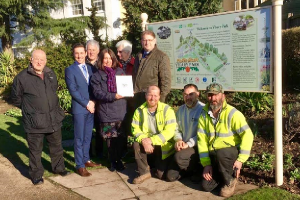