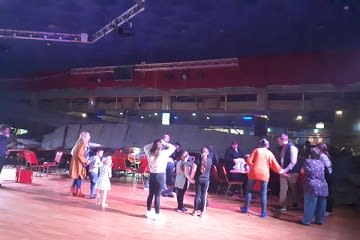 Several emergency services are currently dealing with a serious incident tonight in Somerset.

Part of the roof has collapsed at the popular Pontins Holiday resort at Brean Sands, Burnham-on-Sea.

Several people were understood to be trapped at the popular Somerset family resort.

One woman said on social media that kids were trapped, people were screaming and the alarms were going off.

A spokesperson for Avon and Somerset Police said; “Shortly before 6.30pm this evening we were called to Brean Sands Holiday Park following reports a ceiling had collapsed inside a building. A number of people suffered minor injuries in the incident but thankfully no one was seriously hurt. The incident was being led by Devon and Somerset Fire Service.”