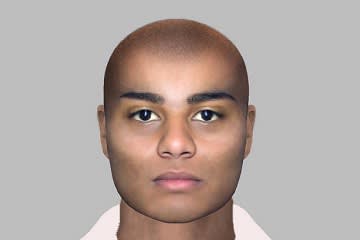 Detectives investigating the rape of a woman in Bridgwater have released an E-fit of a man they’d like to identify.

A woman was attacked by a man in Bridgwater town centre sometime between 4.45am and 5.20am on Tuesday, 1 January.

The incident happened close to the Malt Shovel pub on Wembdon Road. The victim has been offered support and given access to any help she may need.

A spokesperson commented; “We’ve previously issued moving CCTV footage and a still of the man depicted in the E-fit but are yet to identify him. The man was seen in the area around the time of the assault.”

“He’s described as being aged in his late 30s or early 40s, with a bald or shaved head. He wore jeans and a large white hooded jacket.”

Detectives are also keen to hear from anyone who was in the area at the time, especially if they were driving and may have dashcam footage.

Anyone who can help us identify the man, or who has any other information which could help, is asked to get in touch through https://www.avonandsomerset.police.uk/contact, or by calling 101, quoting reference 5219000407.

Alternatively contact the independent charity Crimestoppers 100 per cent anonymously on 0800 555 111 or via their Anonymous Online Form. No personal details are taken, information cannot be traced or recorded and you will not go to court or have to speak to police when contacting Crimestoppers.

Victims of rape or sexual assault, recent or non-recent, can also self-refer to The Bridge, a Sexual Assault Referral Centre available 24/7 365 days a year. Visit their website at https://www.thebridgecanhelp.org.uk or call 0117 342 6999.

You can also visit https://www.thisisnotanexcuse.org for details of charities and organisations who are experts in supporting victims.

You can find personal safety advice on the Suzy Lamplugh Trust’s website –  https://www.suzylamplugh.org/Pages/FAQs/Category/personal-safety.