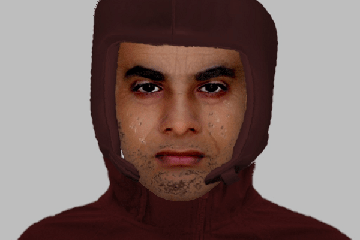 Police have issued an e-fit as part of an appeal for witnesses and information after a knife-point robbery at a Henlade Post Office in Taunton.

It happened soon after 9am on Wednesday 9 August. A man went into the branch and waited while a customer was served. As a visitor left the secure cashier area, the man pushed his way in, knocking a staff member over. He threatened the cashier with a knife and took a quantity of cash.

The man then made off on foot through the front door, turning left towards Ilminster Road.

He was described as about 6ft 2ins tall, with a beard said to be as if he hadn’t shaved for a few days, and ‘blotchy’ skin. He wore a hat with flaps over the ears and dark-coloured gloves and a dark-coloured cardigan.

Anyone who recognises the man from this description or the e-fit is asked to get in touch with the police through the Avon & Somerset Police website, or by calling 101, quoting reference 5217181819.

Alternatively ring the independent charity Crimestoppers on 0800 555 111. They never ask your name or trace your call. You could even qualify for a reward and still remain anonymous.