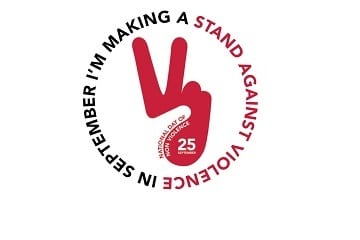 A Taunton based charity has launched a National day of non-violence.

It’s a day of remembrance for Lloyd Fouracre who tragically lost his life 13 years ago. It’s now a day that the anti-violence charity Stand Against Violence, which was created after Lloyd’s death, promoted as National Day of Non-Violence.

To locals and friends and family of Lloyd Fouracre, the 25th September is a day close to people’s hearts.

It’s a day for everyone around the UK to remember, Lloyd, and others like him who have lost their lives to violence, in the hope that no more lives will be unnecessarily taken. Stand Against Violence encourage everybody to raise awareness of this important day through social media, work, friends and family.

Show support by wearing red for the day, posting it out on social media with why you’re making a stand against violence and tagging @SAViolence.

It is thought that for each of the incidences of violence a further 10-20 other individuals are thought to be indirectly affected (World Health Organisation, 2002) which is a total of 61% of the population who will experience the effects of violence each year.

Sometimes we forget to think about how many lives are affected by violence, and this is what Stand Against Violence aim to highlight with the National Day of Non-Violence.

They want to raise awareness of the severity of the problem, and hope that it encourages people to do what they can to make a stand against violence.