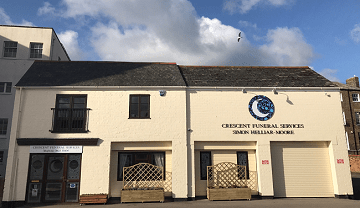 Crescent Funeral Services has been selected from hundreds of nominees to go through to the final stages of this year’s glittering Good Funeral Awards ceremony at the Porchester Hall in London on Thursday 7 September 2017.

The Good Funeral Awards are now in their sixth year and recognise excellence in the world of funerals, rewarding the best funeral directors and all associated services that are involved in creating memorable funerals. Wholly independent of the funeral industry, the awards are supported by consumer advocates the Good Funeral Guide and the Natural Death Centre.

“The Good Funeral Awards recognise exceptional service to bereaved people from all aspects of the funeral industry and supporting services. By progressing this far, Crescent Funeral Services has already demonstrated outstanding professionalism, empathy and a willingness to go the extra mile,” said Fran Hall,
C.E.O of The Good Funeral Guide, joint organiser of the event Brian Jenner, co-organiser, said: “The Good Funeral Awards recognise all those unsung heroes who work so hard for the bereaved and whose role can so easily be overlooked. Some of the nicest people in Britain work in the funeral business.”

Simon Helliar-Moore, Funeral Director said, “We are thrilled that the Good Funeral Guild have included us in this year’s awards. Given we are a new business, it is testament to the good work we are doing towards making funeral arrangements an easier and more accessible experience for the families of Taunton.”