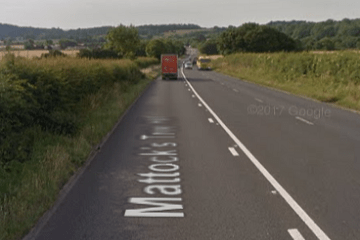 Somerset County Council has published its draft response to a second consultation on plans to upgrade the A358.

Highways England is currently consulting on a number of options for improvements to the key route between Taunton and Ilminster.

In its role as the Highways Authority, the County Council has to give its response to the plans. The public can comment on the Council’s response, which is published online, over the next two weeks but are encouraged to also share their view through Highways England consultation which runs until 27 February.

The County Council response highlights a number of strengths and weaknesses with each option but says there is no clear ‘best-performing’ option in achieving the Council’s objectives for the scheme.

It remains supportive of the need for improvements but calls on Highways England to carry out appropriate technical analysis, amendments and mitigations before publishing a preferred route.

Councillor David Hall, Somerset County Council’s Cabinet Member for Resources and Economic Development, said: “We remain supportive of improvements to this vital transport link but it has to be right for the people of Somerset.

“At the moment there are still too many questions and areas of uncertainty for us to identify a clear preferred option. However, we hope that by raising these issues at an early stage with Highways England they will be able to take measures to address these as the scheme progresses.

“Of course, people will have their own individual views and we strongly encourage them to take part in Highways England’s consultation.”

Members of the public can read the Council’s draft response at http://www.somerset.gov.uk/policies-and-plans/schemes-and-initiatives/a30-a303-a358-improvement-project/ and can also provide feedback about the draft until 16 February. A final response from the Council will be finalised on 19 February before submitting to Highways England.

People are also urged to take part in the Highways England consultation to ensure their own individual views are considered. Details of this can be found at https://highwaysengland.citizenspace.com/he/taunton-to-southfields-dualling-scheme/.