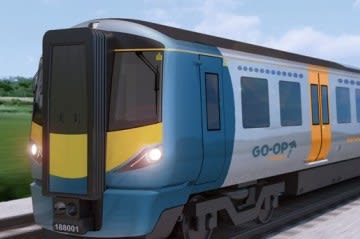 Rail travel could get a boost in Somerset and Wiltshire as a new train operator proposes a significant addition to the rail timetables from summer 2020.

Unusually, the operator is a co-operative: a not-for-profit business owned by those who travel on its trains and work for it. GO-OP Co-operative Limited is keen to hear from potential new members – which could be both prospective travellers onthe new service, and those seeking employment.

The proposal is being made under ‘open access’ rules. These are rarely used in the UK rail industry, and have in the past been used to give northern cities extra direct services to London. If this project is successful, it opens up the possibility that this very flexible way of adding new services might be widely applied elsewhere in the country – anywhere that passengers need new services, and there is unused capacity on the lines.

An open access operator must prove that they are ‘fit and proper persons’ to act as operators; that the route they propose is technically feasible; and that they can support their business without being reliant on attracting passengers from existing, franchised services. Only then will they be allowed to introduce their new timetable.

GO-OP has been working on its plans for several years, with a group of frustrated rail travellers from the South West first meeting as a co-operative in 2009, ten years ago. Alex Lawrie, the Operations Director and a founder member, said, “The technical difficulties are hard to overstate. The UK railways are – for good reason – carefully regulated and we must prove in great detail that our ideas stack up.”

“The proposal is for two trains made up of newly refurbished class 769 units to work a complex series of trips between Oxfordshire and Somerset. Even though there are only two, a carefully designed timetable will complement the existing services (many provided by GWR) and provide useful connections so as to introduce a large number of useful journeys than you might imagine.”

“A particular goal was to give some of the market towns of Somerset and Wiltshire a regular, functional service where at present the low frequency makes it hard to give up the car”, said Alex Lawrie. “In addition there are two long distance services a day that go all the way to Nuneaton, where connections to the north of England are available.”

The timetable (which will be put forward in terms of the overall number of services, rather than committing to specific times at this stage) provides:

GO-OP is an independent co-operative society, but is a member of Co-operatives UK and so part of the ‘family’ of businesses that includes the co-op food stores. “We are very grateful to the well established co-op societies like The Co-op Group, Midcounties Co-op and Southern Co-op who see us doing for the transport sector what they have already done for retailing”, said Kate Whittle, the Secretary of GO-OP.

“As we are a co-operative, we want to engage with the potential users of the service early – and we’d also like to hear from people who’d like to try out with the team now, with view to maybe becoming employee members with us later”, said Alex Lawrie.

“We are holding our first public meeting in Taunton on March 21st, at the Albemarle Centre (TA1 1BA) from 6pm to 7.30pm; and following up with an event in Frome on April 4th. We’d encourage anyone who’d like to find out more to come to these events, or visit www.go-op.coop for more information. This is just the start –we need to start planning bus services to bring people to the stations, and consider how we can further develop and enhance the service. Anyone in the area we serve can be part of the conversation.”