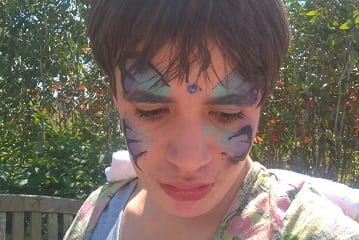 A National children’s charity is asking for help to grant wish of a seventeen-year-old Taunton girl living with rare syndrome.

Grace is living with a life-threatening illness called Pitt-Hopkins syndrome. She loves the outdoors but finds her wheelchair limiting. Her parents have asked children’s charity Make-A-Wish® UK to grant Grace’s wish to own a wheelchair-friendly trike, with a bike on the back for her mum or dad to pedal, so she can get outside and explore. The charity is urging anyone who might be able to help manufacture, make or source a trike for Grace to get in touch.

Seventeen-year-old Grace lives in Taunton, with her parents. Pitt-Hopkins is a rare neurological disease, combining severe learning difficulties with dangerous epileptic seizures which cause brain damage. She has undergone endless testing since the age of five before receiving her diagnosis. She is regularly admitted to hospital and gets upset about being there and her parents are constantly on edge listening out for Grace’s seizures, which is a 24/7 job. If she falls to the ground suddenly from standing, she risks fracturing her skull.

National children’s charity Make-A-Wish are asking local residents and businesses to get in touch if they or someone they know could help Grace to enjoy the freedom and joy that childhood should be filled with.

Grace’s mum, Lynda, says; “Grace is a happy, mischievous character. Her mental age is similar to that of a toddler and she is non-verbal because of the brain damage caused by her seizures, but she is very independent of spirit, she enjoys life; she can eat, drink, laugh and walk around. She is very affectionate and socially expressive. She loves school and exploring outdoors. Rather than pushing her wheelchair, if we had a trike to push Grace along in, we could take her into town or to the park easily. It’ll give her a sense of freedom that she’s never had before, which is really exciting for us. We have lots of lovely flat cycle paths nearby, so it’ll be wonderful for Grace to explore in the fresh air and give her respite from the pain, trauma and medication she deals with on a daily basis.”

Dawn Ellis, Grace’s Wishgranter at Make-A-Wish® UK said; “Grace’s wish is simple – she longs for freedom to explore. When granting poorly children’s wishes, we often find that local communities join together and make amazing things happen, so now we’re asking you – do you know anyone who can help make Grace’s One True Wish come true? We’re looking for anyone who has a connection to the bike or trike industry, or who could help us source this specialist wheelchair bike for Grace. Here at Make-A-Wish we believe that by providing quality time away from the daily realities of living with their condition we can give a child hope for the future, strength to cope and resilience to fight their condition.. We hope someone may be able to help make Grace’s wish come true so that she can experience all the freedom and joy that most of us take for granted.”

If you, or someone you know, can help to grant Grace’s wish for a trike, with a bike on the rear and a wheelchair on the front, please fill in the Wishmaker form here (www.makeawish.org.uk/in-kind-submissions). If your offer can help make Grace’s One True Wish a reality, we will be in touch within a fortnight.

Make-A-Wish UK grants life-changing wishes to children with critical illnesses. To make a donation to help a child experience their One True Wish, or to find out more please visit make-a-wish.org.uk or telephone 01276 405060

You can see more about Grace here – http://makeawish.org.uk/wishes/stories/graces-trike-wish