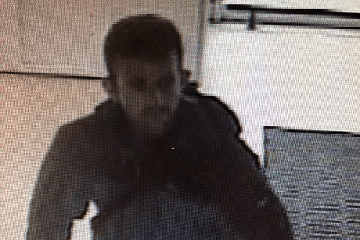 POLICE are appealing for the public’s help to identify a man in a CCTV image they have released.

They would like to speak to the man in connection with an attempted robbery in Taunton.

The incident happened at approximately 8.15am yesterday (5/9) at Sainsbury’s on Hankridge Farm Retail Park.

A man threatened a member of staff after he was stopped attempting to steal a number of memory cards from the store.

The man made off from the scene on a bicycle.

Anyone who recognises the man in the image is asked to call 101 and provide the call handler with the reference 5217202923.