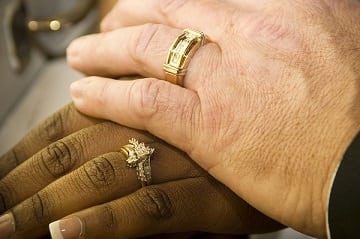 ‘Break the silence and tell someone’ is the message from the area’s Police and Crime Commissioner, Sue Mountstevens as she supports the United Nation’s 16 days of activism against gender-based violence.

Sue Mountstevens is encouraging all victims of gender-based and domestic violence to come forward and seek help from the police and specialist agencies.

The campaign will help raise awareness of the different type of gender-based violence that a victim might face, including:

Sue said: “I have made protecting the most vulnerable from harm as one of my top priorities as outlined in the Police and Crime plan. There are no excuses for gender-based abuse and no one has the right to control or abuse another person, either physically or mentally.

“I am urging victims, family and friends to break the silence and tell someone – either the police or specialist agencies – who can offer support and help. Victims of these crimes need to know that what has happened to them is not their fault and that they will be believed and taken seriously. We need to give confidence to victims to come forward and seek justice.”

Sue Mountstevens Commissioner’s Community Action Fund provides grants to various projects including those which focus on tackling gender-based and domestic violence such as Bristol-based Opoka. The domestic abuse service was set up to support women and children from the Polish community who are experiencing violence in the UK and the service received funding to produce bi-lingual posters, stickers, leaflets and banners to reach as many victims as possible.

The service has also produced numerous videos to raise awareness of domestic violence in the Polish community, including interviews with victims and a short film explaining domestic abuse.

While gender-based violence against men does exist, women and girls are often the victims of this type of abuse. Over the next 16 days, the Police and Crime Commissioner’s social media will focus on gender-based violence with posts including blogs, videos and helpful links to specialist agencies that can provide support.

On November 25, the United Nations mark the International Day of Elimination of Violence against Women, which starts the 16 days of activism, encouraging victims to seek help and highlight the emotional and psychological abuse of a partner. The campaign concludes on the United Nations Human Rights Day on December 10.