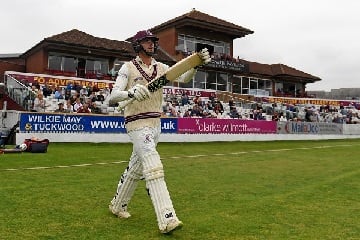 Ben Green has become the latest Somerset player to commit his future to the Club.

The 21-year-old has signed a contract extension that will see him remain at the Cooper Associates County Ground until at least the end of the 2021 season.

Ben signed his first professional contract after graduating from the Somerset Academy in 2016 and that deal was due to expire at the end of this year.

However, the Club were keen to secure his services for the foreseeable future as Director of Cricket, Andy Hurry explains. “We are delighted with the progress that Ben showed throughout 2018,” he said. “We’re really looking forward to seeing him develop even further and becoming a key part of the team across all formats over the coming seasons.”

The Devonian all-rounder made his Somerset debut in the T20 Blast at Hampshire in 2016 and after consistently impressive performances for the Somerset Second XI he made his First Class and List A debuts for the Club in 2018.

Ben has also represented England at Under 15, Under 17 and Under 19 level.

After putting pen to paper Ben said: “I’m incredibly excited to have signed a contract extension at such an amazing Club. I’m looking forward to hopefully being part of the team’s success over the next three years. It’s an exciting time for both the Club and I.”