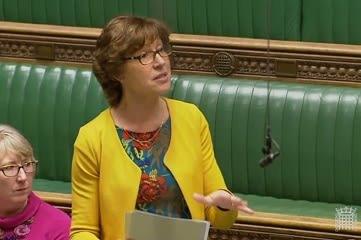 Taunton Deane MP, Rebecca Pow has welcomed news that the Government will impose a ban on the sale of ivory.

The ban, announced by Environment Secretary, Michael Gove will help to bring an end to the poaching of elephants by removing opportunities for criminals to trade illegally-poached ivory.

In the last decade, the number of elephants has declined by almost a third, and around 20,000 a year are being slaughtered due to the global demand for ivory. If current rates of poaching continue, elephants could become extinct within decades in some African countries, meaning that future generations may only see these majestic creatures alive in zoos. The decline in elephant populations also deprives some of the poorest countries in the world of their valuable natural capital, affecting economic growth and sustainable development.

As profits become ever greater, the illegal wildlife trade has become a transnational organised enterprise, estimated to be worth up to £17 billion a year. Today’s plans will be subject to a 12 week consultation, closing on 29 December, it covers ivory items of all ages, not only those created after a certain date.

Rebecca Pow, who has spoken on the issue of Ivory in Parliament multiple times commented, ‘This is such welcome news. It is totally unacceptable that humans have been devastating the population of a fellow species for financial gains. Clearly this will never stop unless serious action is taken and we simply cannot allow elephants to become extinct on our watch, so I wholeheartedly support this Government’s bold move. It is something I have called for since being in Parliament and I am pleased the calls have been heeded.’

For an online copy: To take part in the consultation click HERE