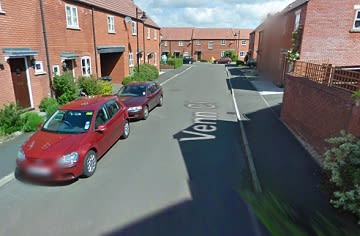 Avon & Somerset Police are appealing for witnesses and information after a woman was assaulted and had her car stolen in Cotford St Luke, near Taunton.

Officers were called to Venn Close just after 9.30pm on Thursday 10 January. A woman reported being punched and struck over the head by a man who took her car.

She was taken to hospital for treatment to head and facial injuries and is now recovering with family members. The woman, in her 30s, has so far described the man as wearing a hat with his face covered. He may have an injury to his hand as she fought back, biting him.

Officers have carried out house-to-house enquiries, the vehicle has been recovered and the scene of the attack has been forensically examined.

DI Lorett Spierenburg said: “This is a most unusual occurrence for this quiet village.  Uniformed officers are targeting their patrols in the area to give some reassurance and will be supporting detectives investigating this incident.

“We’re working hard to identify the man responsible. I’d ask anyone with information which could help us to get in touch. We’re especially keen to hear from anyone who saw the car crash, or noticed anyone behaving suspiciously in the area of Venn Close, Burge Crescent or Dene Road.”

If you can help you can contact officers through www.avonandsomerset.police.uk/contact, or by calling 101, quoting reference 5219007033.”

Alternatively pass on information through the independent charity Crimestoppers 100 per cent anonymously on 0800 555 111 or via their anonymous online form at www.crimestoppers-uk.org. No personal details are taken, information cannot be traced or recorded and you will not go to court or have to speak to police when contacting Crimestoppers.