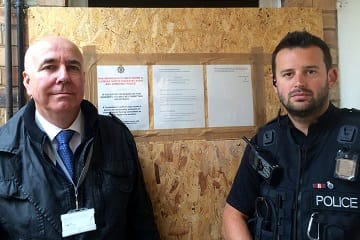 Neighbourhood officers in Taunton have been successful in securing a closure order following a spate of anti-social behaviour at a residential property in the town.

Officers with the Halcon One Team have been working with local residents and Taunton Deane Borough Council to obtain the order at Taunton Magistrates’ Court, which has led to the immediate closure of the property in Leycroft Grove.

It follows more than 50 calls to anti-social behaviour incidents at the property since May, including allegations of inappropriate use of motor vehicles, dealing of so-called legal highs and incidents of domestic arguments and assaults.

PC Jon O’Connor, who led the application, said: “This is a fantastic result for all involved and I’d like to thank the local residents for their support and resilience over the last few months.

“This order has brought an immediate and well-deserved end to their suffering and sends a clear message that anti-social behaviour will not be tolerated by the police or the local authority.

“The Halcon One Team will continue to support our most vulnerable and affected residents as a partnership so nobody has to suffer in silence.”