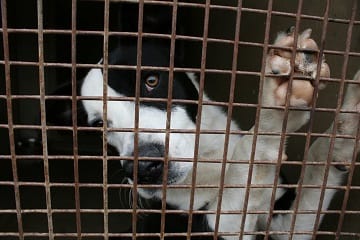 Now those who commit the most heinous crimes against animals could face up to five years in prison under new plans set to be unveiled by Environment Secretary Michael Gove.

Currently the maximum sentence is six months but the Government will announce plans to bring forward new legislation that will increase that tenfold, sending a clear signal to any potential offenders that there is no place for animal cruelty in England.

Sitting on the DEFRA Select Committee that recommended tougher sentencing and as co-chair of the All Party Parliamentary Group on Animal Welfare which has continued to press for this, Mrs Pow has been hugely involved with campaigning for tougher sentences.

She said: “I am delighted that this Government has listened and is taking steps to rectify this injustice whereby those committing desperate crimes against animals have got off far too lightly. I have campaigned long and hard for change and I am pleased that tougher sentences will be an option.

“Not only will this help protect our fellow creatures and hopefully deter abuse it means there may also be a positive impact. Too often those who abuse animals go on to abuse human beings and anything which also helps curb this is to be welcomed.”

Environment Secretary Michael Gove said: “We are a nation of animal lovers and so we must ensure that those who commit the most shocking cruelty towards animals face suitably tough punishments. These plans will give courts the tools they have requested to deal with the most abhorrent acts.”

RSPCA Head of Public Affairs David Bowles said: “We are thrilled that the Government has responded to calls from the RSPCA and members of the public to toughen up sentences for the worst animal abusers. We now feel that those who commit these acts will soon be receiving sentences that reflect the seriousness of their crime and hope this will act as a real deterrent against cruelty and neglect.”