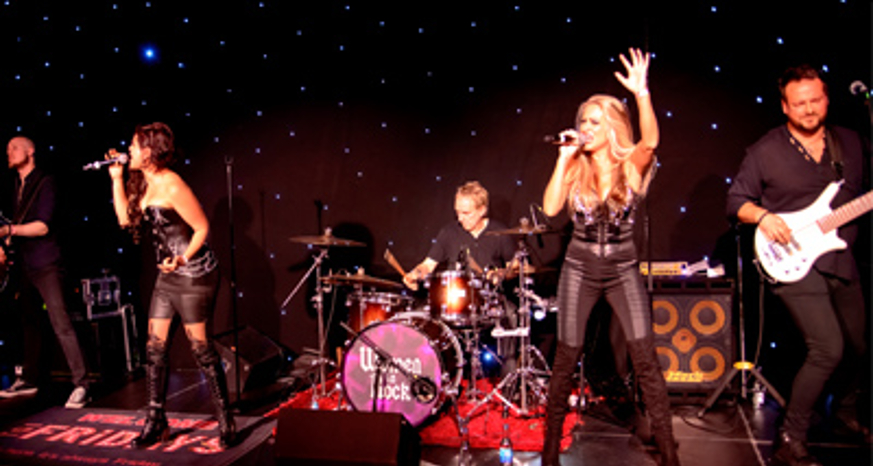 Women In Rock are a unique tribute band as they are the only band that focuses entirely on female performers.
Featuring the very best known songs from the World’s greatest female rock legends such as Heart, Pat Benatar, Joan Jett, Stevie Nicks, Blondie, Chrissie Hynde and many more.
Women in Rock present a two hour journey through the history of the greatest female anthems. Fronted by some of the most powerful female singers on the live music scene together with a professional touring band, Women In Rock deliver a show stopping performance covering all the great legends through the decades, including songs such as Atomic by Blondie, Edge of Seventeen by Stevie Nicks, Love Is A Battlefield by Pat Benatar, Total Eclipse of the Heart by Bonnie Tyler, Nutbush City Limits by Tina Turner, Your So Vain by Carly Simon, and so many more! These women know how to ROCK!