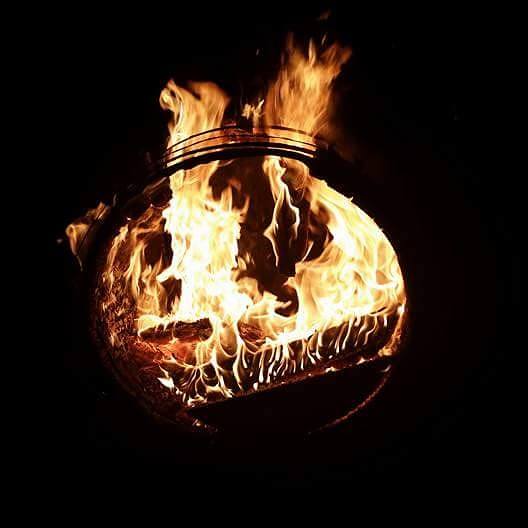 The Tar Barrel tradition is hundreds of years old. The exact origins are unknown but probably started after the gunpowder plot of 1605.  Various alternative reasons suggested for burning barrels have included fumigation of cottages and as a warning of the approach of the Spanish armada.

The West Country has a history of torchlight processions and burning barrels and Ottery was only one of the many towns and villages following an annual tradition containing barrels which were rolled in the streets on November 5th each year. Somewhere along the line someone decided rolling was tame and carrying barrels on your shoulders was far more appealing and so the present tradition was born and now Ottery is the only town in the country carrying full sized lighted tar barrels through the streets.

The procession of tableaux is also an old West Country tradition and is still a popular part of the winter months when most weekends will see a procession of brightly lit tableaux in a great many Towns and villages.

November the 5th each year is the traditional day for the Tar Barrels and only changes when the 5th falls on a Sunday. The procession and fireworks are normally on the Saturday before the 5th of November.