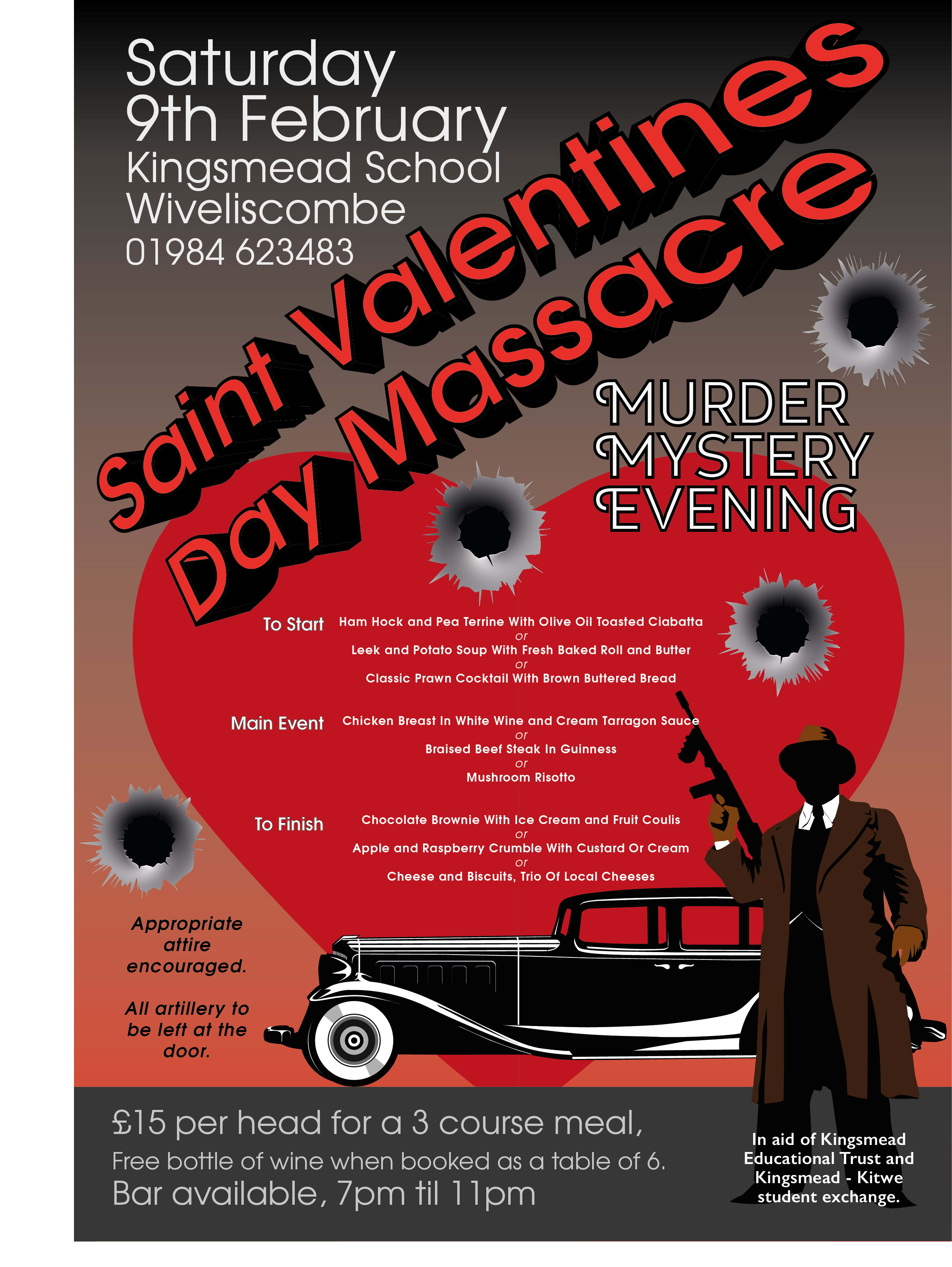 A Murder Mystery Evening set on Valentine’s Day in 1929, based in a Chicago jazz club.

The Saint Valentine’s Day Massacre is the name given to the 1929 Valentine’s Day murder of seven members and associates of Chicago’s North Side Gang. The men were gathered at a Lincoln Park garage on the morning of Valentine’s Day, where they were made to line up against a wall and shot by four unknown assailants. The incident resulted from the struggle between the Irish North Siders and their Italian South Side rivals, led by Al Capone, to control organized crime in the city during Prohibition.

The event comprises a 3 course meal for £15 per head: