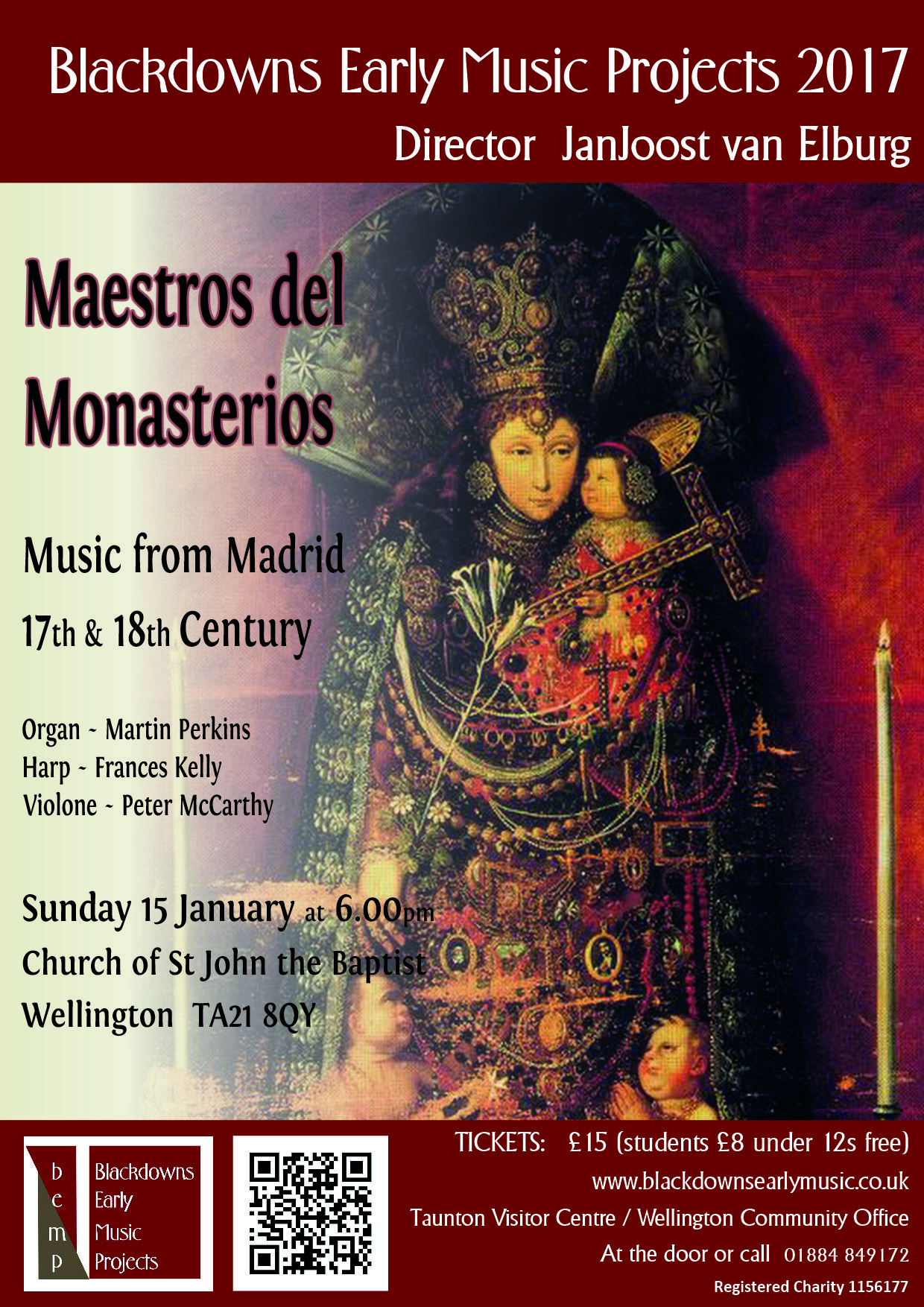 This choral programme reveals music composed by highly accomplished musicians of the Spanish Habsburg court from the mid 1500s through to the 1700s for which the music was only printed about 20 years ago as part of the Spanish arts and culture project by forgotten composers such as Miguel Ambiela, José Picanyol, and Matias Juan de Veana. Probably not heard for over 300 years, this unusual music certainly deserves a good audience!

Some of the music is written in a grand polychoral style in 8 and 12 parts, with singers who come from all over the UK and Holland; they will be accompanied by highly respected early instrumentalists, Frances Kelly (harp), Peter McCarthy (violone) and Martin Perkins (chamber organ), all directed by principal director JanJoost van Elburg.