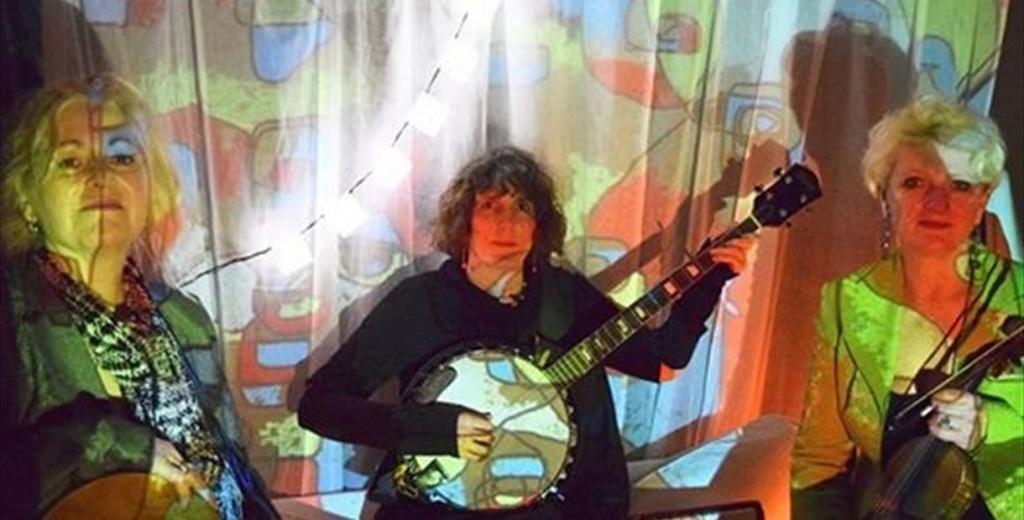 IOTA are all seasoned performers on the folk scene, the have been enthusiastically endorsed by the likes of Phil Beer and Fairport Convention.

Sally Barker (vocal, guitar & percussion) sang to millions as Tom Jones’ ﬁnalist on The Voice UK but the singer-songwriter has entertained for years as a member of revered fem-folk group The Poozies, of the re-formed Fotheringay and as a solo artist supporting Bob Dylan, Robert Plant and Richard Thompson.

Anna Ryder is a musical dynamo; an original and inventive singer and songwriter with a musical style that, although based in folk, spans an array of genres.

With a voice which has been described as ‘mesmerising’ and ‘siren-esque’, the blazingly dynamic Marion Fleetwood (vocal, ﬁddle, cello, guitar & percussion) is a highly respected multi-instrumentalist and singer-songwriter.