For Queen’s and Country 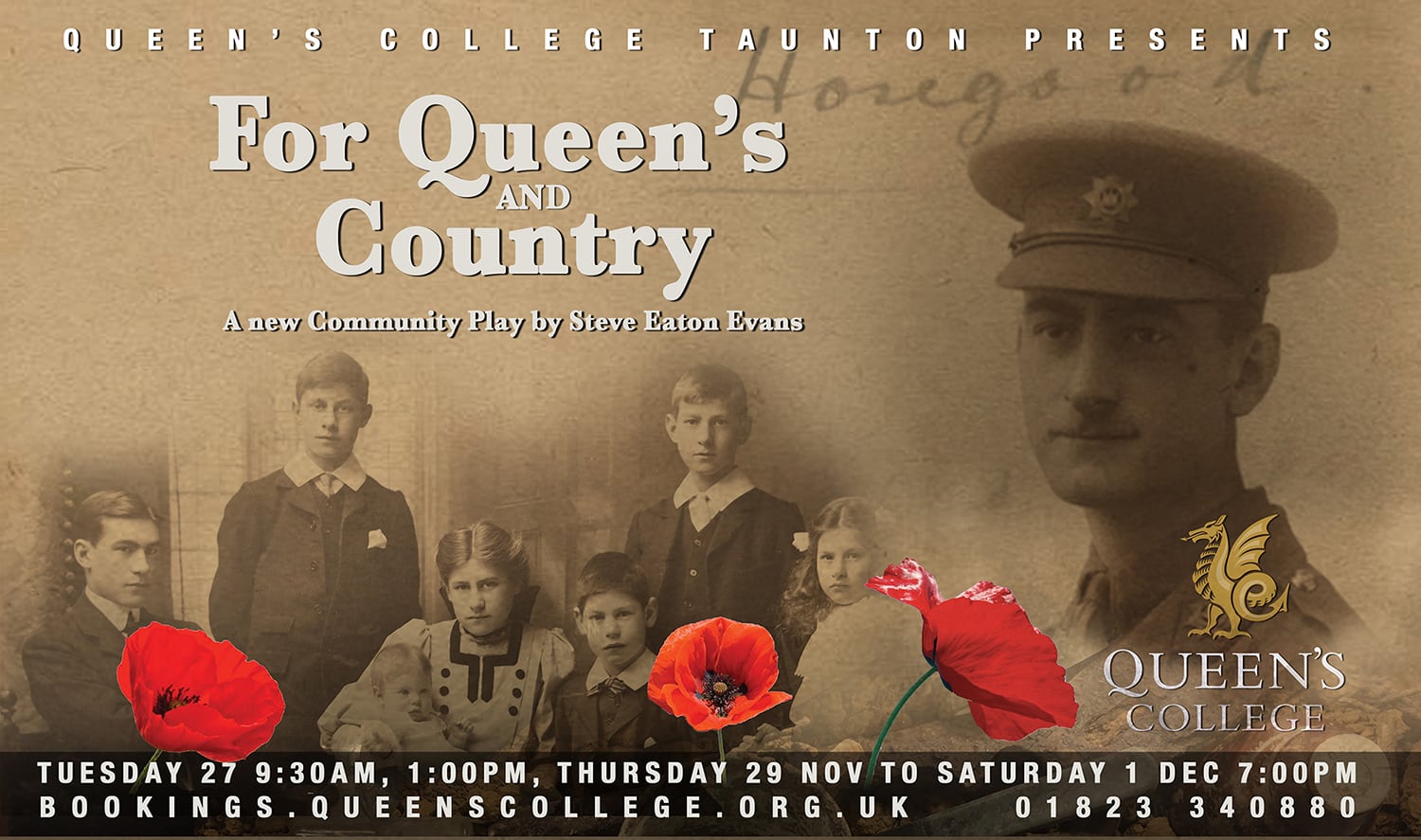 Written by Steve Eaton Evans, Director of Drama at the school, it marks both the 175th anniversary of the founding of Queen’s and 100 years since the end of World war One.
The play, which has taken Steve on a 14-year journey, tells the story of the Hosegood brothers during World War One.
One of the brothers, Gilbert, was Head Boy at Queen’s while the other two went to sister school The Leys in Cambridge – all three lost their lives on The Somme.
Steve has extensively researched their story – including the aftermath of the war for the Hosegood family – and has used letters from the Front and other memorabilia obtained from relatives.
The result is a moving and emotive production, which involves students and staff from across the school.