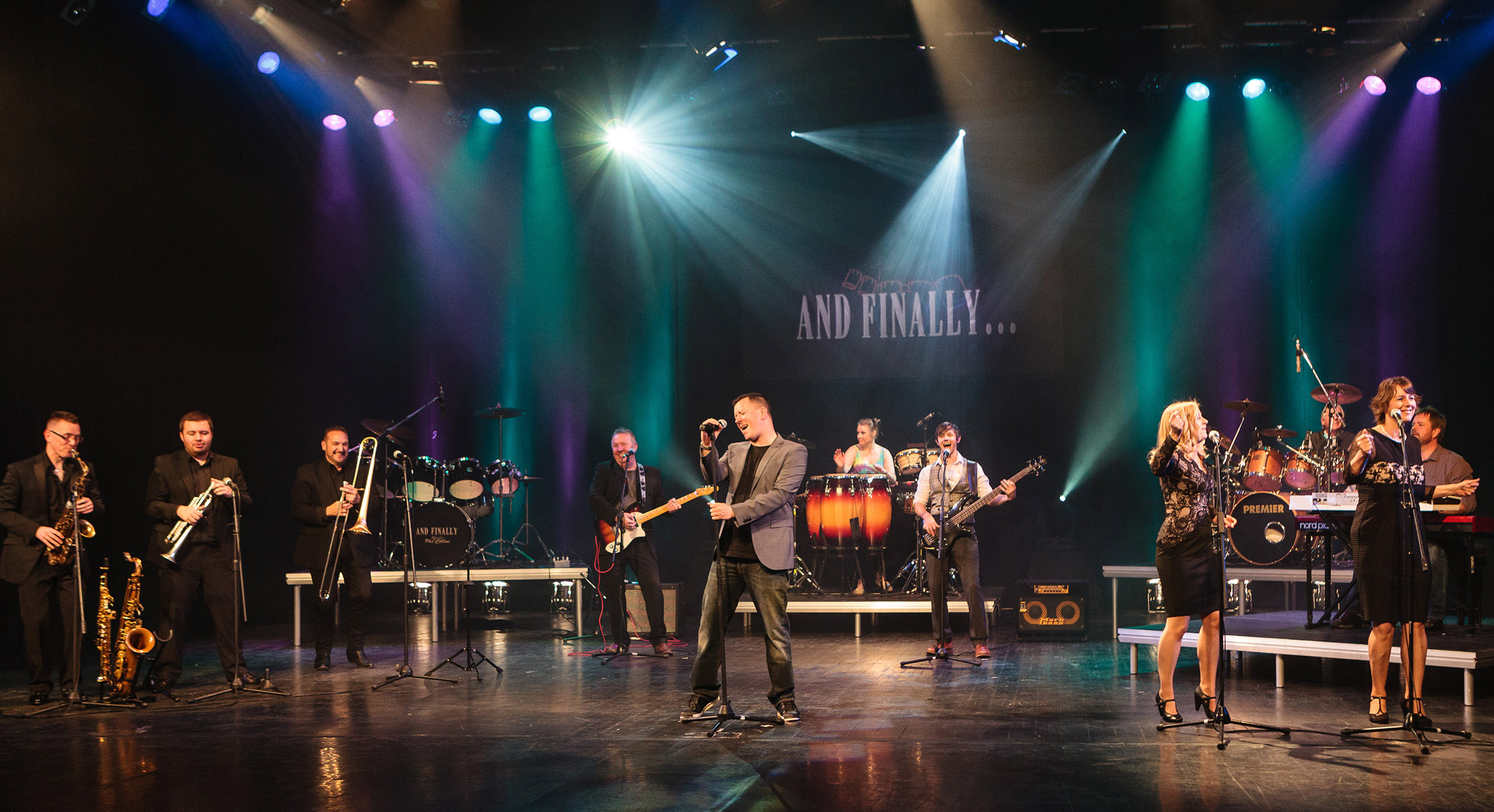 FROM THE CREATORS OF ‘TALON – THE BEST OF EAGLES’

‘And Finally… Phil Collins’ are recognised throughout the industry as the market leaders and definitive Phil Collins & Genesis tribute show. Now, celebrating their ‘10th Anniversary’ year together, this truly amazing eleven piece band which includes the ‘And Finally Horns’ faithfully re-create all the classic hits from the Phil Collins and Genesis timeless back catalogue. In 2017 they present a brand-new show that is truly enhanced by new lighting, stage sets and world class musicians to get even closer to that immense Phil Collins production ensuring an exciting spectacle is totally guaranteed. As always the ‘two drummer’ line up remains an integral part of the act and once again the addition of a dedicated percussionist performing the Louis Conte role, has moved the ‘And Finally’ experience both musically and visually to a whole different league.

Just when you thought it couldn’t get any better… it did… so why not come and check out this sensational brand new show for yourself!

Last year for the second time in a row ‘And Finally… Phil Collins’ were voted by the ‘Agents Association of Great Britain’ at the ‘National Tribute Music Awards’ as the…
‘OFFICIAL UK No.1’.