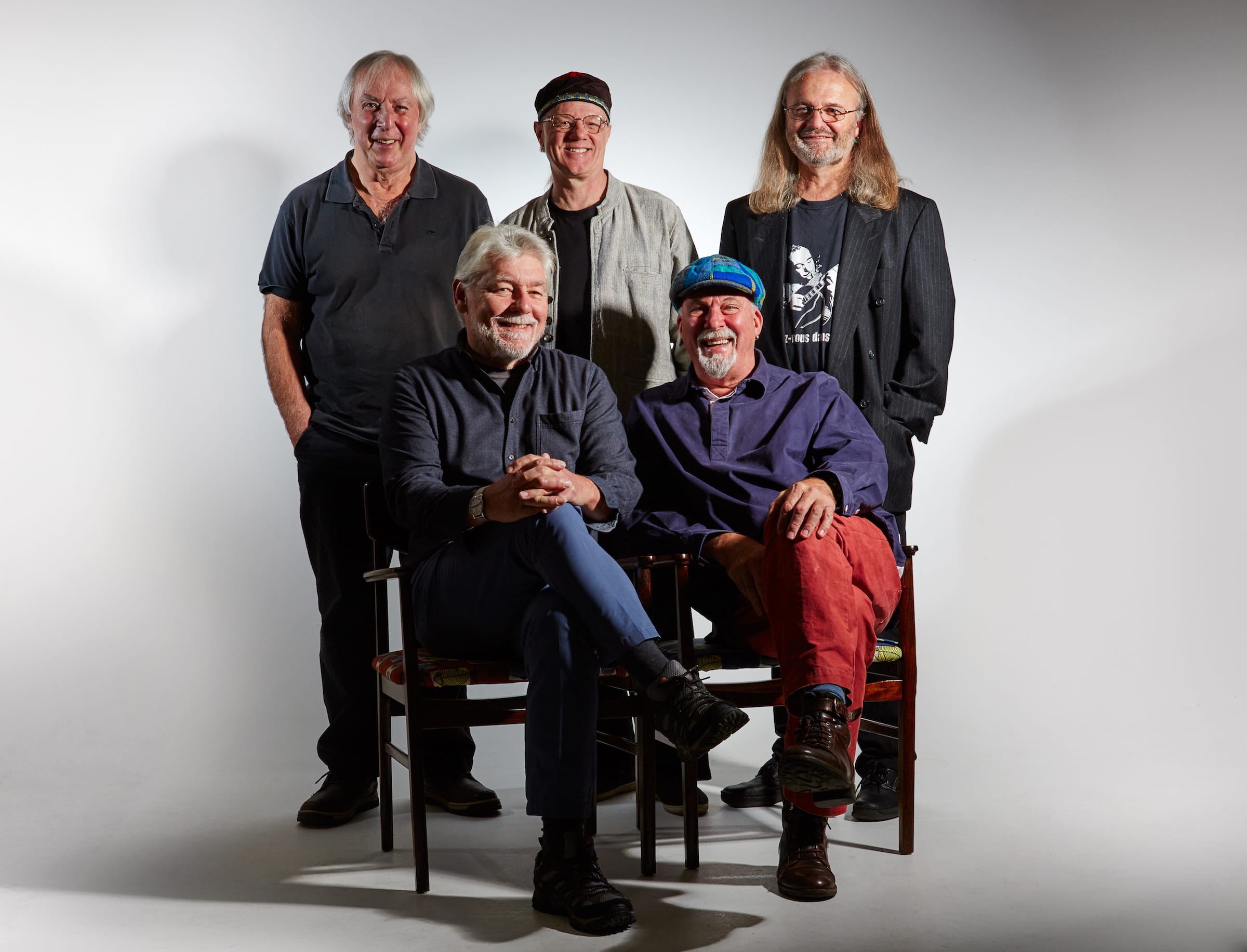 Bridgwater Arts Centre proudly present the one and only Fairport Convention at Bridgwater Town Hall.

Fairport Convention has been making great music for over fifty years. Credited with originating British folk-rock music, the band has been through many changes but the current members retain a passion for live performance.
This year’s Spring Tour will feature a mix of long-established Fairport favourites and new material from their most recent studio album 50:50@50 celebrating their Golden anniversary.

Fairport Convention has attracted critical acclaim: the band has won a coveted BBC Lifetime Achievement Award; Radio 2 listeners voted Fairport’s groundbreaking album Liege & Lief ‘The Most Influential Folk Album of All Time’; and their story has been celebrated with a major documentary on BBC Four television. Fairport Convention features Simon Nicol on guitar and vocals, Dave Pegg on bass guitar, Chris Leslie on fiddle, mandolin and vocals, Ric Sanders on violin and Gerry Conway on drums and percussion.

Whether you are a long-time fan or a newcomer to their music, an evening with Fairport Convention is sure to surprise and delight you.

“Impressive musicians with a great back catalogue… (they) take chances and clearly enjoy themselves.” The Guardian

“Vigorous and confident…the music leapt around the room.” The Mirror

This will be a seated event (with stalls and balcony seating to chose from).

If you are a wheelchair user please call the Box Office to book.