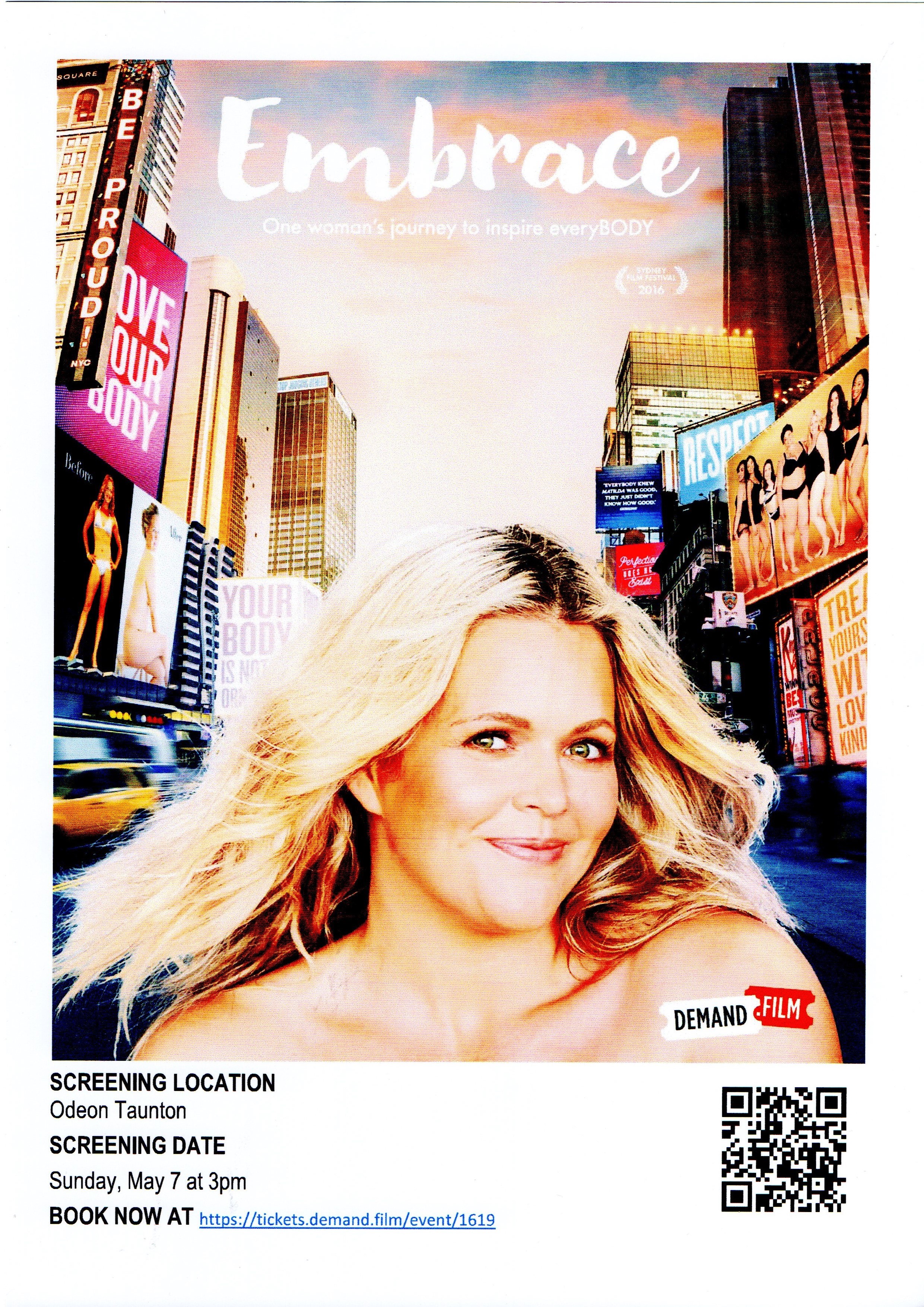 Hello, I am asking for your help to promote the screening of this amazing movie in the Odeon in Taunton on Sunday the 7th May at 3pm.

I have already hosted a screening in February and was so moved by my own response and that of the people who viewed it with me, that I wanted to arrange another one The overwhelming response is that we need to get this out to as many people as possible, particularly our younger generation both male and female who are under pressure to conform to unachievable goals of looking in a particular way to be acceptable in our society.

They are bombarded with ‘plastic’ images of airbrushed models who seem to have it all, the ‘perfect’ body, an amazing lifestyle, when in reality when they open up about their reality it is far from perfect. Some starving themselves, even eating cotton wool to stop the hunger!!

This is an amazing film which came about because of body image insecurities of the maker, and director Taryn Brumfitt. She posted photo’s and her feelings online and has an overwhelming response from thousands of people who identified with her honest heartfelt comments.

Taryn was motivated to travel the world to interview people and celebrities about the body image issue with truly amazing feedback, and the outcome is EMBRACE which is changing the lives and confidence of the viewers.

So once again, I ask you to help spread the word to as wide an audience as possible.

the trailer can be seen here, https://www.youtube.com/watch?v=__2AayArYfs

Tickets for the Taunton screening can be booked here – https://tickets.demand.film/event/1619
(payment will only be taken once the minimum tickets have been reserved )

( I have two more at the Exchange in Sturminster Newton on Thursday the 11th May at 7pm, https://tickets.demand.film/event/1642

and one in Salisbury – date to be confirmed.)

Thank you so much