Dying To Meet You – Comedy 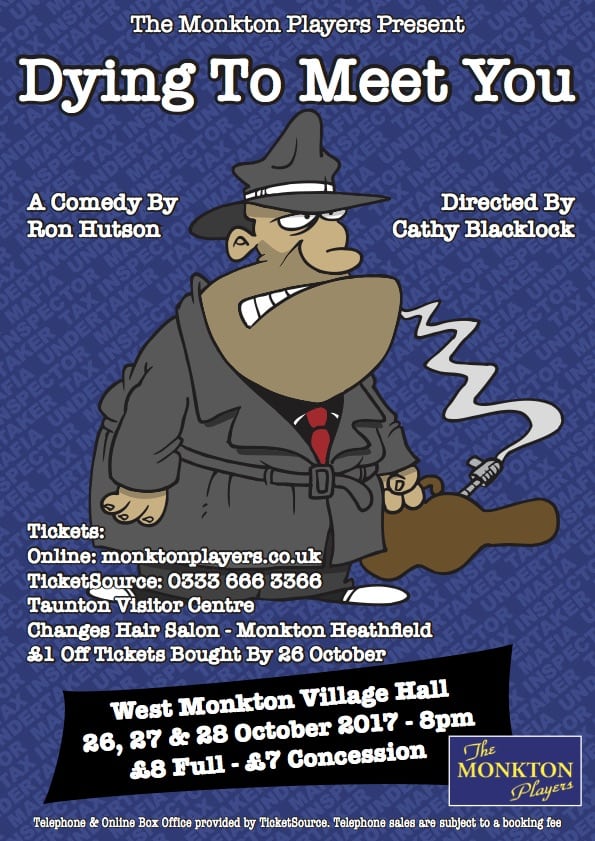 The Monkton Players present ‘Dying To Meet You’, a Comedy by Ron Hutson, Directed by Cathy Blacklock

Richard and Barbara are a happily married couple whose children have now left home. Their neighbours Tom and Beryl are also good friends. The trouble starts when, at Tom’s suggestion, Richard rents their spare room to Clive, an undertaker. Unfortunately, he has not told Barbara who has also rented the room to Gina, a young Italian with very little English. Things become more complicated when Beryl, a former actress, is convinced that Clive is a director in the theatre and she hopes he can help her back onto the stage. Add to this a zealous tax inspector and Gina’s mysterious Italian uncle with links to the Mafia, and you have all the ingredients for absolute bedlam.