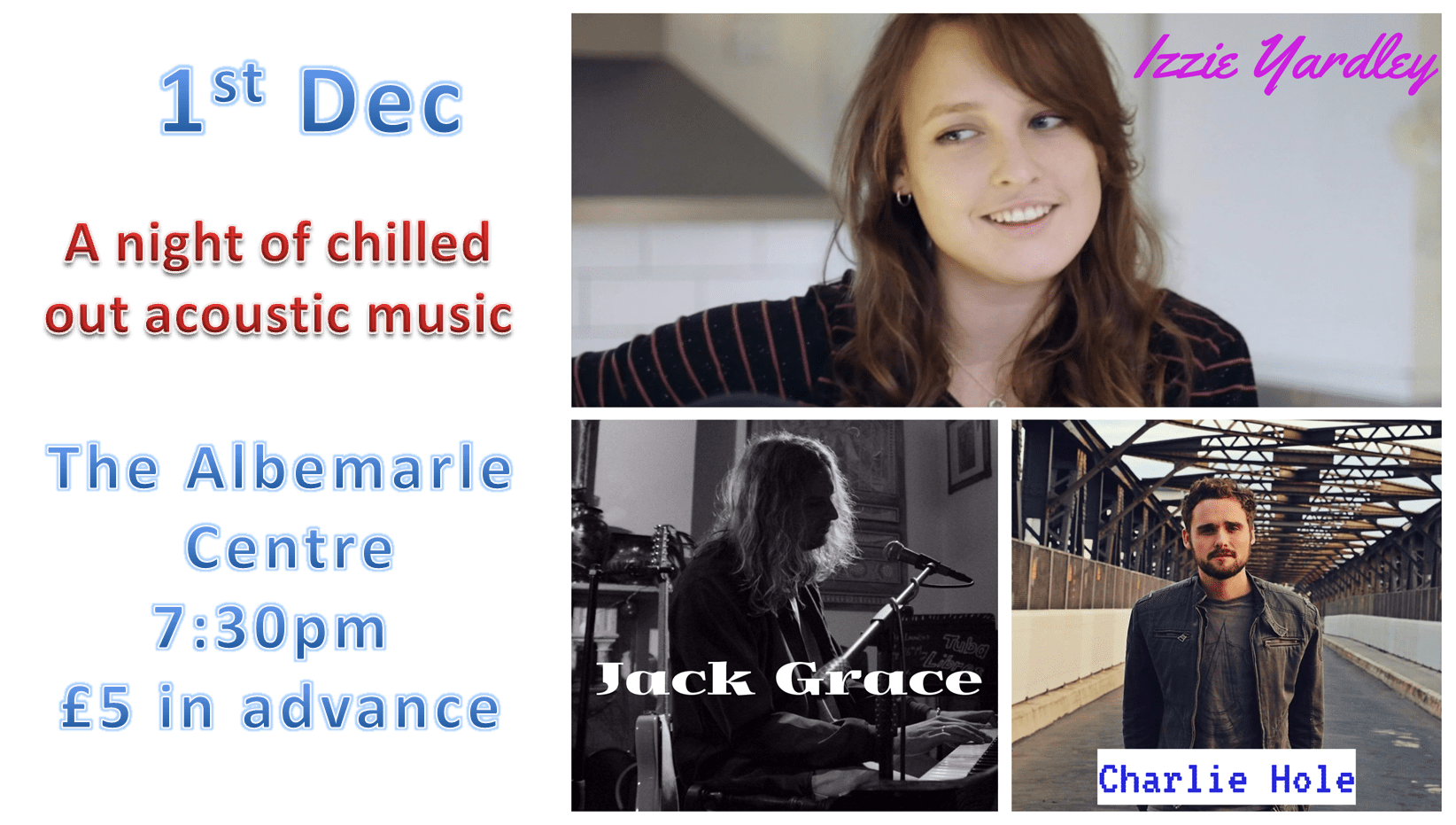 A wonderful chance to hear 3 of the best solo acoustic musicians at the start of their UK tour. Whilst raising money for the Albemarle Centre and my little friend Lexy – https://www.facebook.com/Lexico17/?ref=br_rs

Izzie Yardley is mesmerising, her hypnotic voice soaring over intricate melodies driven by guitar or piano. Songs of hope, optimism and survival hold echoes of Carole King and Feist. She also performed the Ivor Novello nominated title track for BBC drama ‘From Darkness.’

Charlie Hole has supported both Steve Harley and Billy Ocean on their respective UK tours, performing at Bournemouth’s O2 Academy and many 1000 seater theatres nationwide. He regularly plays festivals all over the country including ‘Boardmasters’ in Cornwall headlined by Ben Howard and was personally booked by Jamie Oliver and Alex James for ‘The Big Feastival’ in the Cotswolds. “Stones on a Sandy Beach is a beautiful song… he’s a very good singer”.– Rod Stewart (speaking on Magic FM)
Charlie Hole has sung with Michael Bolton, Robin Gibb, Michael Carrick and Paul Rodgers among many others for a charity single recorded at world renowned Abbey Road studios.

Jack Grace headlined our first event with his band and is back on his own for some more great songs with his amazing voice:

Sofar Sounds:
“This guy can hit some NOTES”

Jazz Morley:
“Jack Grace absolutely blew me away. What a voice he has on him! His range is phenomenal. He completely stunned the audience.”